Eyewitness claims threat to his life from accused 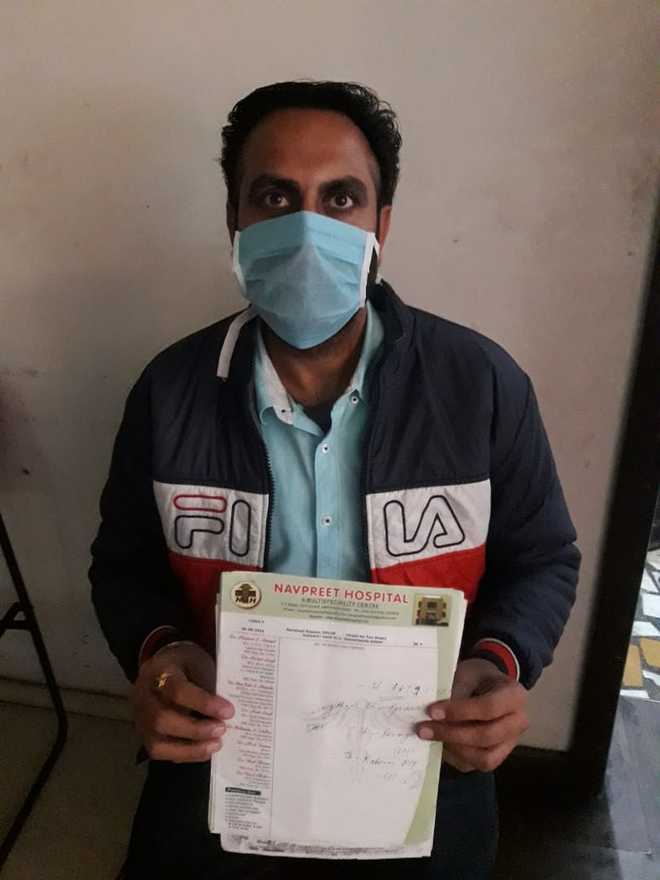 Strap: Eyewitness claims threat to his life from accused | Seeks protection from CM

Adding a twist to the suspension of the CIA Inspector and six police personnel posted with Special Task Force on January 6 in connection with a seizure of 1 kg of heroin in 2017, an eyewitness in the case on Thursday alleged that he was being threatened by the accused.

Inspector Sukhwinder Singh Randhawa, in-charge, CIA staff, along with six cops was placed under suspension following the directions of the Punjab and Haryana Court on a petition filed by the accused Balwinder Singh, who claimed that he was falsely implicated to settle political scores.

Eyewitness Harjinder Singh Sandhu today appeared before mediapersons and said Balwinder was threating him and his family of dire consequences for helping the cops.

Balwinder was arrested by the STF from Khemkaran road in Tarn Taran in August 2017. The STF had claimed to recover 1 kg of heroin from a car being driven by him.

Balwinder approached the high court, which handed over the probe to Bureau of Investigations (BOI). During the probe, the matter was found to be doubtful. After the report, the high court asked the Punjab Government to take action against the erring cops. Besides Sukhwinder, five other policemen were placed under suspension while a cop died.

Sukhwinder said the BOI never heard them while probing the matter. “We have faith in the judicial system and law. We will contest the case,” he said.

According to police, Balwinder has around five cases registered against him under the NDPS Act.