City goldsmith was shot at by notorious criminal Jahaj: Police

Gangster Jujhar has claimed responsibility for the attack 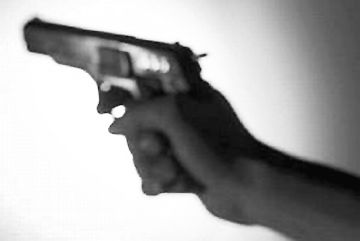 Four days after a goldsmith Sajjan Singh was shot at by unknown persons, the investigations had revealed that he was shot at by notorious criminal Kamaldeep Singh, alias Jahaj, who is reportedly close to gangster Jujhar Ambarsaria.

Jujhar had claimed the responsibility for the attack on Sajjan Singh. He claimed that he had an old enmity with the victim. Sajjan had suffered bullet injuries on his leg.

Sajjan Singh and his wife used to visit the shrine on a regular basis. On Thursday, they were on way to the shrine on a scooter when two bikes intercepted them on the main GT road. They fired shots at him, leaving him seriously injured and fled away. His wife escaped unhurt. The police sources said that Kamaldeep was earlier booked by the police for shooting manager of a car agency in October 2016 in a robbery incident.

He along with six others were nabbed by the police and sentenced to 10 years in prison. He came out on parole and did not return to jail. He was also involved in a firing incident in the Mohkampura area recently.

The police said raids were on to nab Jahaj. Officials said Jujhar would be brought on production warrant for investigations in the case. Presently he is lodged in Hoshiarpur jail.