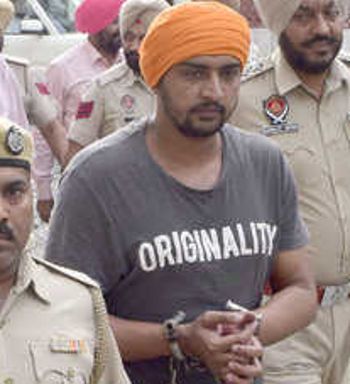 Even though the Punjab Police got the police remand of notorious gangster Jaggu Bhagwanpuria in connection with the Sidhu Moosewala murder case, the Amritsar city police will not be able to get his custody for interrogation in connection with murder of rival gangster Ranbir Singh, alias Rana Kandowalia.

Two days ago, the city police managed to get the police custody of another notorious gangster Lawrence Bishnoi, an accomplice of Jaggu Bhagwanpuria in the case. The police got his eight-day police remand. He was later shifted to Kharar due to security reasons. Bishnoi was earlier also brought on police custody in the Sidhu Moosewala murder case.

Kandowalia was shot at a private hospital in August last year where he had gone to meet a relative. Bhagwanpuria was the prime suspect in his murder. He had allegedly taken responsibility of his murder on his social media account.

Challenging the order in the high court, Bhagwanpuria had claimed that the incident occurred on August 3 while he was at Tihar Jail. He expressed “extreme apprehension” to his life and feared that the investigating agency could eliminate him in a fake encounter while there was no evidence to link him with the case.

His legal counsel, advocate Amandeep Singh Pahwa, said the high court had asked the police to hold questioning in Delhi. But surprisingly for the reasons best known to the police, no police team went there for his interrogation.