Civil surgeon gets notice for photo op in operating theatre 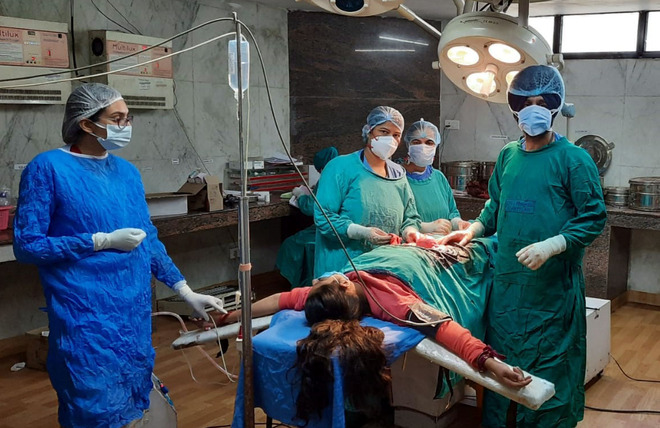 Dr Navdeep Singh’s photo in operating theatre that has created a row.

A publicity stunt by the Health Department highlighting a civil surgeon’s commitment to clinical duties has landed him in soup as the Punjab State Commission for Women has served a notice on him and four others for allegedly “violating a woman’s privacy”.

The department had on November 17 circulated a press note with pictures and a video highlighting how Civil Surgeon Dr Navdeep Singh had performed four C-sections in a day. Dr Singh had been performing surgeries at the Civil Hospital ever since his posting here.

It’s a common practice for civil surgeons not to perform clinical duties citing preoccupancy with administrative works. However, a video of him standing in the operating theatre with a woman patient on the table was circulated in the media, prompting the women commission to take suo motu cognisance.

Commission chairperson Manisha Gulati said the way the video was released was wrong. The woman patient’s privacy should have been protected. She said officials should have taken permission from the patient and her family, adding no complaint from the kin had been received so far.

A department employee present at the time of the shooting of the video said a verbal consent was taken from the patient’s father-in-law. Dr Navdeep Singh could not be contacted for a comment.