They were adopted by Pingalwara Society two months after their birth 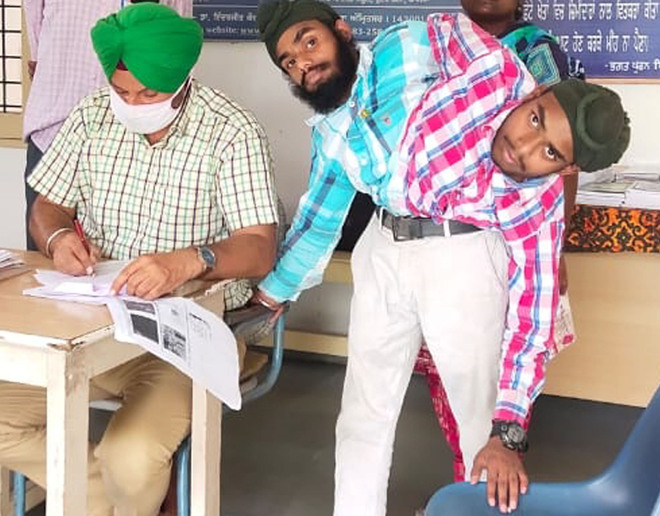 Conjoined twins Sohna and Mohna, who celebrated their 18th birthday a few days ago, have now claimed their “right to vote”.

After getting themselves registered as voters with the Amritsar administration, both were excited to participate in the electoral process for the first time in the ensuing 2022 Assembly elections.

Though they applied on separate Form-6 to claim their right to vote, it is yet to be seen whether they would be considered as separate individuals or one unit at the time of voting.

Another technical hitch will be to comply with the secret ballot norm as no other person could be present when one is casting his or her vote.

DC Gurpreet Singh Khaira said since it was one-of-its-kind case, it would have to be checked with the Election Commission guidelines to clarify whether their names should be inscribed on a single voter ID card or separate ones. “We would have to seek clarification from the Election Commission norms whether their vote would be treated as one or two.”

Pingalwara head Inderjit Kaur said both Sohna and Mohna had different minds, different opinions and choices. “They are two different personalities with distinct features. Currently, they are studying technicalities of electric appliances from ITI,” she said.

Born on June 14, 2003, at Sucheta Kriplani Hospital in New Delhi, Sohna and Mohna share all vital organs. The AIIMS doctors decided not to separate them as it could have resulted in the loss of one life. They are conjoined below the torso and have one pair of legs. They have two hearts, two pair of arms, kidneys and spinal cords, but only one liver and gall bladder.

Though their parents abandoned them, they were adopted by Pingalwara Society two months after their birth.