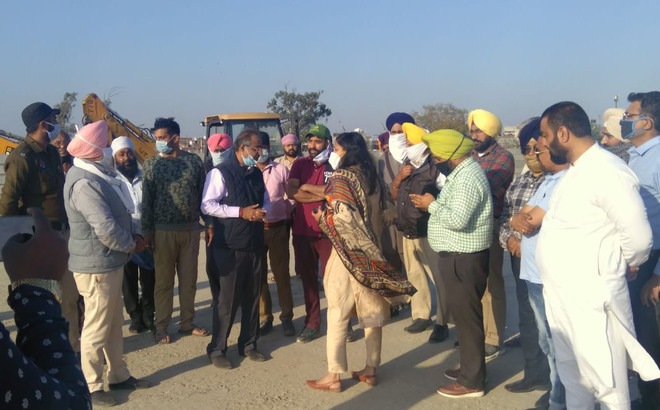 A major fire broke out at Bhgtanwala dumping ground on Tuesday night. A trammel screen machine, which was being used to segregate garbage (bioremediation process) gutted in fire.

On Friday, MC Commissioner Komal Mittal visited Bhagtanwala dumping ground for inspection. She asked the company officials to make approach roads to tackle the fire incidents at the dump.

Area Councillor Dalbir Singh Mamanke and residents led by Sanji Sanghrash Committee met the Commissioner and shared their issues. Mamanke said the company should keep the segregated material away from the residential area. He also asked to raise height of boundary wall toward residential localities.

Office-bearers of the Sanji Sanghrash Committee alleged that the solid waste management company had set the garbage on fire instead of bioremediation. The MC officials, while refuting the allegation, said, “The decade-old heaps of garbage produces methane gas which often catches fire. The MC is planning to make serious efforts to curb the fire incidents at dumping yard.”

The company officials were asked to conduct herbal spray regularly to get rid of stink from the dumping ground.

The fire brigade officials had reportedly struggled a lot to douse the fire in the absence of proper approach road to the heaps of garbage, where the fire broke out. The MC officials said, “The decade-old heaps of garbage produces methane gas which often catches fire. The company officials were asked to conduct herbal spray regularly to get rid of stink emanating from the dumping ground. 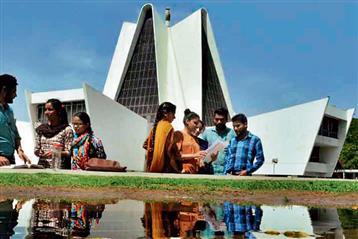