Cops on toes after attack in Pathankot 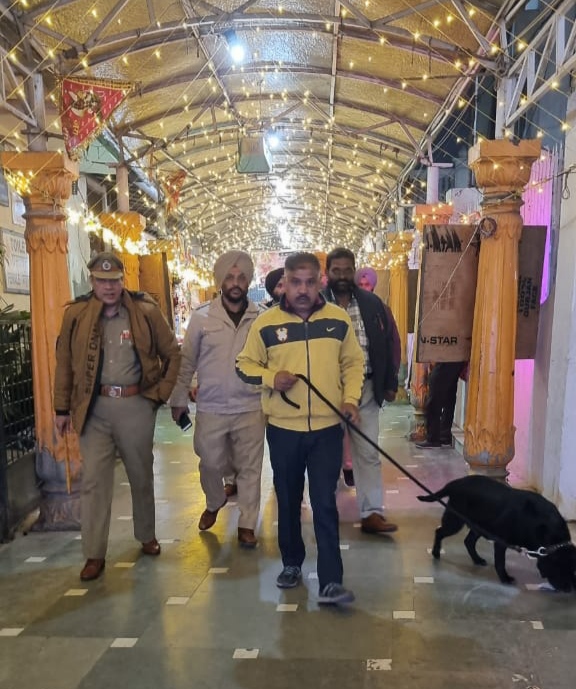 Following the hand grenade blast outside an Army camp, the city police have also been on high alert. A search operation was carried out at different parts of the city that would continue for the coming days, the police authorities said.

The entire city was barricaded while nakas were set up at the city’s entry and exit points. The police checked vehicles and suspicious elements. The police presence has been increased at various roundabouts.

The police carried out search operation at the railway station and the inter-state bus terminus and passengers’ baggage was also searched. Search with the help of sniffer dogs was also conducted at Durgiana Temple and near the Golden Temple.

Police Commissioner Dr Sukhchain Singh Gill said vehicles were checked and barricades were put up on the Court Chowk, Putilghar area, Ranjit Avenue, Majitha Road, Tarn Taran and Sultanwind Road besides other parts of the city. This was done to check the movement of any unscrupulous elements that could create law and order problem in the city.

Surprise checking was conducted at Posh Ranjit Avenue locality by the police force headed by Additional Deputy Commissioner of Police Jugraj Singh. During the operation, five jeeps were impounded. The police checked vehicles parked in the Ranjit Avenue market area. They recovered blunt weapons, including sluggers and black films among other things. The police also found persons with licenced weapons which were released following verification.

Among others who were included in the police teams are Sukhninder Singh, ACP detective; ACP Som Nath; ACP Lakhwinder Singh and SHO Ranjit Avenue Robin Hans.

ADCP Jugraj Singh said such operations would continue in other parts of the city to nail unscrupulous elements.

ADCP Harpal Singh along with other senior police officials carried out search operation at the bus stand. Buses and luggage of suspicious passengers were checked by cops.

The police have also checked hotels located around the bus stand. Records of visitors, check-in and check-out registers were scrutinised. Hotel owners were asked to keep a record of all visitors.

People and children were appealed to remain alert and not touch any abandoned bag or thing especially tiffins as it could be a bomb.