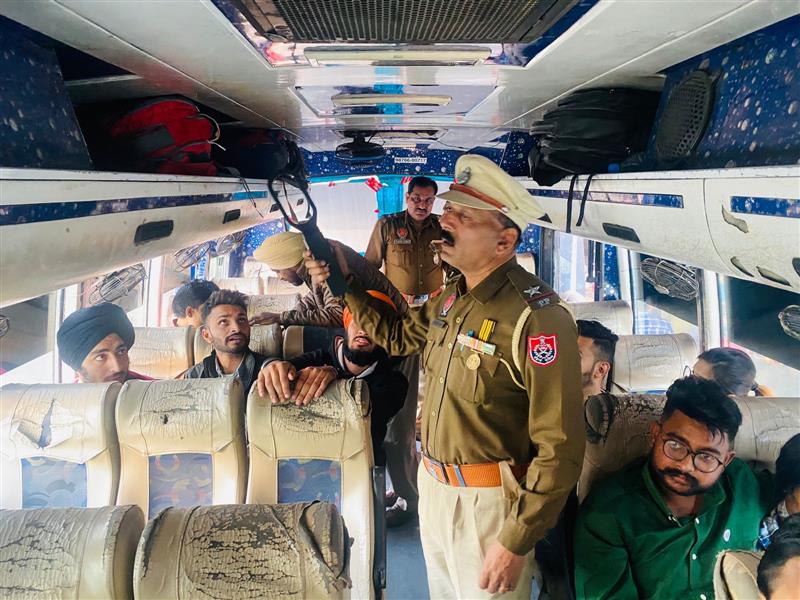 A search operation was carried out at Shaheed Madan Lal Dhingra inter-state bus stand here on Sunday. During the search operation, the police took some youth in custody.

The Punjab Police has been on alert after the hand grenade attack at an Army camp in Pathankot and seizure of two hand grenades and pistols from a radicalised youth.

Police Commissioner Dr Sukhchain Singh Gill said search operations would be held in different parts of the city on a regular basis to thwart any untoward incident. On Sunday, the search operation was carried at the bus stand. The police also checked the buses and baggage of passengers. The suspicious elements were questioned and some of them were taken into custody.

A similar search operation was also carried out in the Mall of Amritsar. The police teams checked the vehicles parked in the shopping mall and checked their ownership through Vahan mobile application. The teams also checked the CCTV cameras on its premises. While interacting with the shopping mall authorities and its guards, the police officials instructed SHO Maqboolpura police station and PCR teams to create a WhatsApp group for better coordination, cooperation and sharing of information. Police Commissioner said anti-national forces across the international border fence were hell bent on creating troubles in Punjab, especially when the Assembly elections were just round the corner. Recently, Deputy Chief Minister Sukhjinder Singh Randhawa along with DGP IPS Sahota had held a high-level meeting with senior police officials of the border belt and asked them to strengthen the second line of defence along the international border and intensify patrolling and checking to check unscrupulous elements.