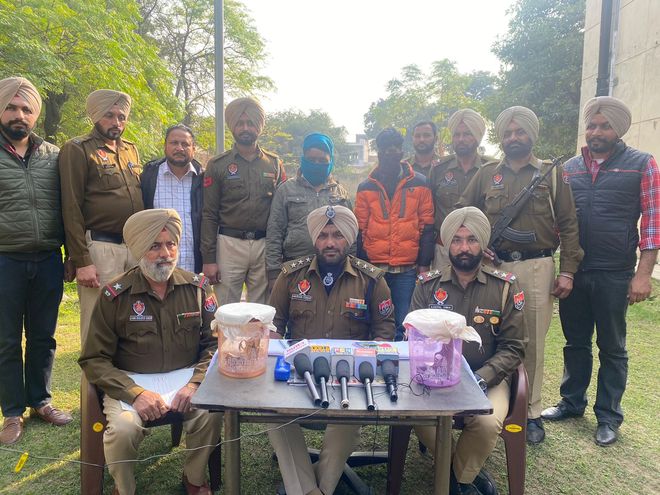 Amritsar: The Khalchian police have arrested two persons for allegedly possessing two country-made pistols along with four bullets. They were identified as Santokh Singh of Husanpur village and Sukhraj Singh of Padiana Road in Rayya. DSP Harkrishan Singh, in a statement issued here on Thursday, said they were arrested from a checkpoint near Bhorsi Rajputan village. He said the two were travelling on a bike and on seeing the police checkpoint, they tried to reverse the bike. On suspicion, they were nabbed and during search, the police team recovered two illegal weapons with four live cartridges. He said the accused were produced in court after registering an FIR under Sections 25(8)-54-59 of the Arms Act against them. The court sent them in police remand and their forward and backward links were being ascertained, the DSP said. TNS

No fresh case reported in dist 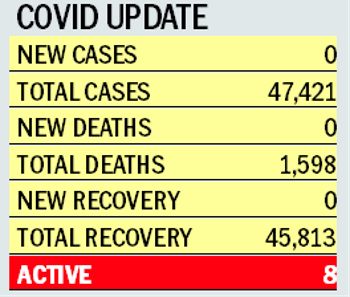 Amritsar: No Covid positive cases were reported on Thursday. The district at present has a total of eight active cases. Meanwhile, 13,465 residents were inoculated during the ongoing vaccination drive on Thursday. Of these, 5,436 residents received the first dose of the vaccine, while 8,029 received the second dose. TNS

Amritsar: The District Health Department would initiate Cataract-free Punjab campaign from Friday during which eye check camps would be organised at various places. The health officials stated that camps would be organised as per the directions received from the state government and people would be checked for symptoms of cataract. Civil Surgeon Dr Charanjit Singh said a person who is found suffering from cataract would be operated within 15 days. He added that apart from refreshment for the patients coming for check-up, the department would be provided transportation facility. He added that the patients would be treated free-of-cost. The campaign would continue till December 31. TNS