A day in the life of a sanitation worker 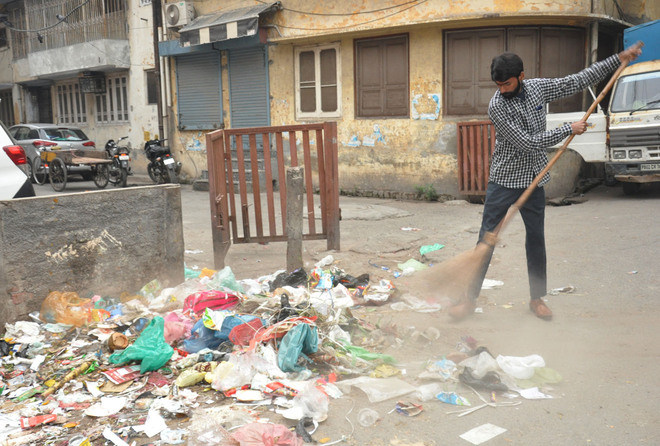 Shiva, a safai karmchari of the Municipal Corporation at Katra Parja in Ward Number 50, starts his day at 6.30 am. He reaches the zonal office to mark his attendance at 7 am and then starts off with his work — sweeping streets in the area.

As per the official schedule, there is no tea or lunch break for him, but he takes a small break in between to have something on the pavement.

Ever since the Covid-19 outbreak, Shiva has observed a change in the attitude of people and the MC officials. Now, the MC conducts their regular check-up. Not only this, safai sewaks were even honored with garlands and showered with flowers during the peak days of the pandemic.

“Residents have become more conscious about hygiene but there still are some people, who are not concerned with cleanliness at all. We don’t mess up with anyone. I am thankful for those who avoid littering here and there. Residents should also cooperate with the sanitation staff to keep their surrounding clean,” Shiva said.

Shiva and his co-workers have some grievances with the MC as well about their duty timings and work. However, they are now satisfied that the civic body has released their salaries on time without any delay. Earlier, we used to get salaries late which demotivates workers. We have some demands and our unions are struggling for it.

Shiva left for the day around 2 am, but during festive season, he puts in extra hours to keep our surroundings neat and clean.