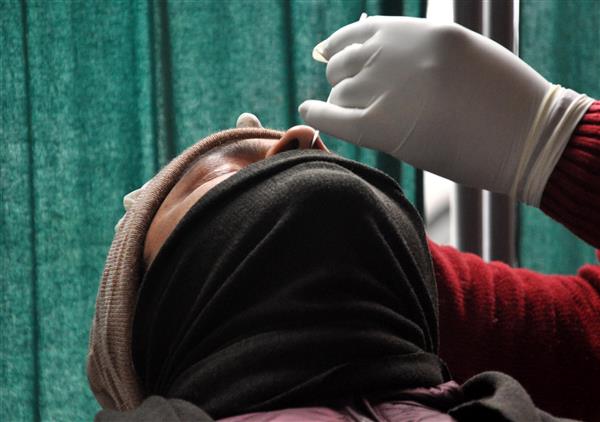 With 963 positive Covid cases reported in the last 24-hours, the active caseload in Amritsar district increased to 3,677 on Sunday.

With 963 positive cases reported in the last 24-hours, the active caseload in the district increased to 3,677 on Sunday.

A 38-year-old resident also lost his life to the deadly virus. The deceased has been identified as Kunal Sharma, a resident of Guru Nanakpura. He was undergoing treatment at a local private hospital.

Till date, the district has reported a total of 52,406 positive cases and 1,606 deaths due to the disease. While the number of positive cases is increasing daily, a large number of people are also avoiding going for tests. The officials said there could be more residents who are undergoing treatment at their home, but have not got themselves tested so far.

The district health authorities have also reported recovery of 305 patients on Sunday, with which the total recovery count increased to 47,123. However, as the positivity rate is more than the recovery rate, the workload on the existing health infrastructure is increasing with each passing day.

Apart from the general public, a large number of health employees have also tested positive for the viral disease.

The recent spurt in the cases in the district was noticed at the start of this month. In the last fortnight, the district has reported a total of 4,935 positive cases and seven deaths due to the disease.

Civil Surgeon Dr Charanjit Singh said: “There is no need for the general public to panic, but at the same time there is greater need to take the precaution guidelines seriously.” He said that unnecessary movement to public and crowded places should be avoided.

The Covid-19 report of 134 samples came out positive on Sunday and the number of active cases has gone up to 718 in the district. The press release of the Health Department on Sunday said the toll stands at 382 and that the report of 269 samples was yet to be received. — OC 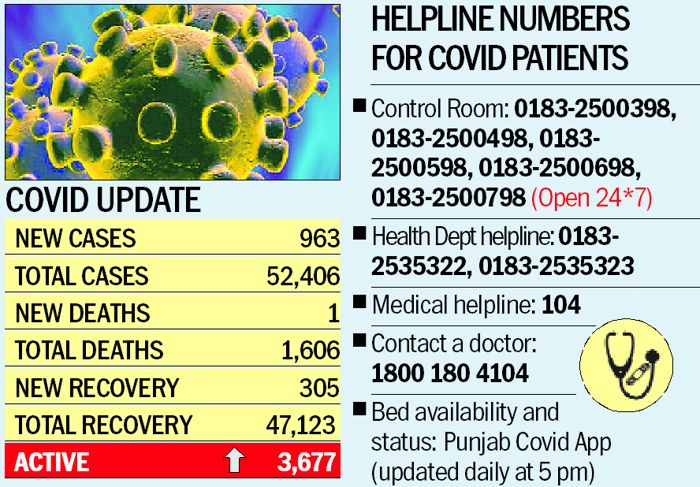