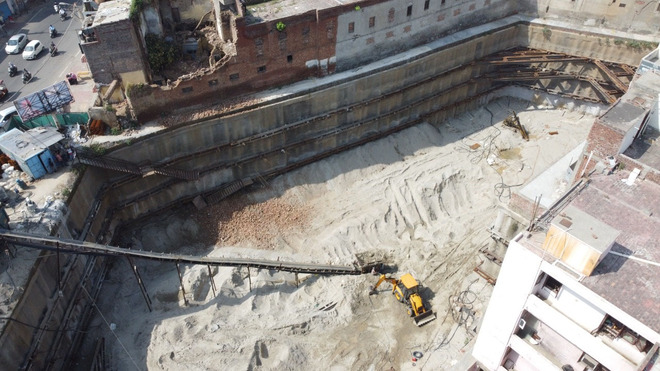 In gross violation of norms, the basement of an upcoming hotel was dug up so deep that it has posed a threat to the adjoining hotels and buildings. Tribune photo: Vishal Kumar

Digging up of basement for an upcoming hotel in the midst of the thickly constructed area has resulted in appearance of cracks in adjoining structures.

The civil work for constructing a hotel for the international hospitality chain is in progress on the railway link road, close to the Queen’s Road intersection. 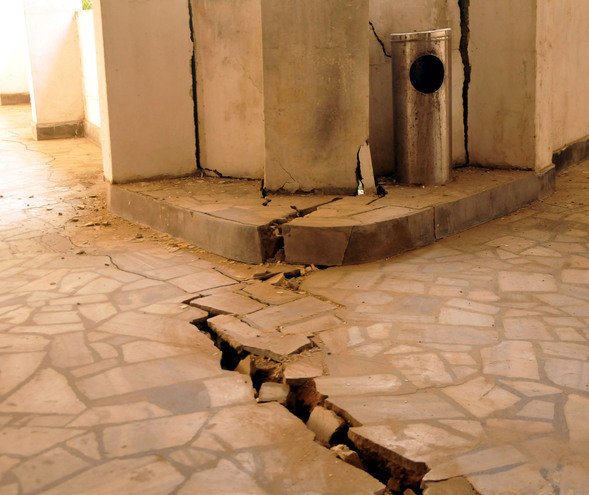 As many as six occupants of the buildings, adjoining the construction site, had written to Municipal Corporation Commissioner Malwinder Singh Jaggi on October 4 about the violation of construction by-laws, at the upcoming hotel site, which were threatening their commercial properties.

In gross violation of norms, the basement of an upcoming hotel was dug up so deep that it posed a threat to adjoining hotels and buildings while the authorities concerned looked the other way, the complainants said.

“The adjoining buildings, which are two and three storeyed, require a minimum gap of 7.5 feet from the new building to be constructed. However, a distance of less than five feet has been kept from the upcoming hotel,” he said.

He claimed that due to non-compliance of building norms, cracks have appeared on the walls of his hotel-cum-bar and even the roof had got damaged.

Davinder Singh Virdi said cracks had appeared in the basement and ground floor of his 180 square yard commercial property. He recalled that about two years ago the owner of the property started digging up the site. He blamed long delay in construction as the prime reason for weakening of the adjoining structures. Due to this adjoining buildings had become unsafe and unfit for human habitation, he said.

The MC Commissioner accepted that he had received a complaint and marked it to the MTP. The MTP was on Monday directed to issue notice to the plot owner for leaving less than permissible 7.5 feet distance between the building and existing structures, he said. The MTP would be writing to the police for an action in this regard, he said. About the upcoming building of the hotel, he said 40-feet depth was passed by the CTP. Non-compliance of the map would certainly invite action.