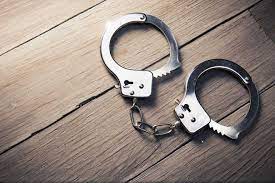 The city police have arrested a notorious fraudster, who duped a number of residents on the pretext of sending them abroad. He was identified as Ravinder Singh, alias Ravi, a resident of the Gurnam Nagar area, located of Sultanwind Road.

According to the police, he has five cases of similar nature registered against him at Ranjit Avenue police station alone, while he has been booked under similar offences in other police stations in different parts of Punjab.

Jaskirat Singh, a local resident, lodged a complaint with the police in February 2020 alleging that the accused run an illegal travel agency in the name of Shine overseas in Ranjit Avenue area. He said the accused cheated him of Rs95,000 on the pretext of sending his brother Karanpal Singh to the US. However, he neither sent him abroad, nor returned his money. A case under Section 420 of the IPC and Section 13 of the Punjab Travel Professional Regulation Act has been registered.

In 2019, he along with Ranjit Singh and Shammy were booked for similar offense. Both were managing directors of another immigration company located on the Court Road here and they had duped Kulwant Singh and Jugraj Singh. The police said investigations were carried out by the anti-human trafficking wing, which found them guilty of running travel agencies without any legal permission or registration with the district administration. The complaints were lodged with the police in May this year.

Hans said he was produced in court and brought on police remand for further interrogation.