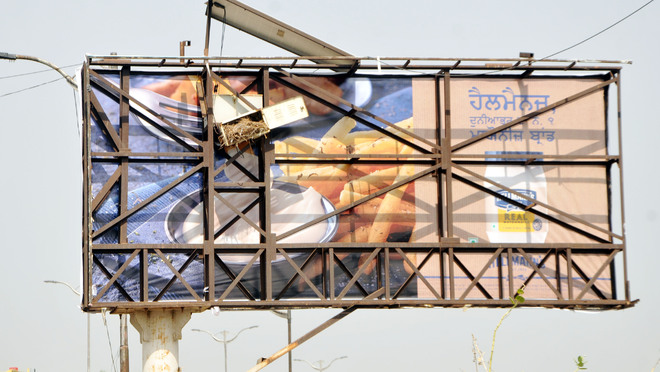 The blank unipole from where Navjot Singh Sidhu’s posters were removed in Amritsar on Friday. Photo: Vishal Kumar

Posters rooting for Navjot Singh Sidhu as ‘Captain of Punjab’ got disappeared within 24 hours from unipoles, thus leaving his supporters bewildered.

Sidhu’s supporters had installed posters in response to Capt Amarinder Singh’s camp that they should not take Sidhu for granted when it comes to leading the state.

Nonetheless, nobody knew who removed Sidhu’s posters had come up at various key locations in the city on Thursday. Master Harpal Singh Verka, a staunch Sidhu’s aide, said, “Not the Opposition, but Congress workers are involved in this shameful act. Capt Amarinder’s posters have been left untouched as they are jealous of Sidhu’s popularity and felt insecure when his posters emerged in the holy city. They cannot stop Sidhu in the 2022 Assembly election.”

When asked that Sidhu was missing for the last six months from Amritsar and ignored his constituency, Verka said, “As Sidhu was not keeping well, he shifted to Patiala temporarily. He will be back soon with a top position as the Congress high command was about to announce it shortly.” A poster war has cropped up between Capt Amarinder and Sidhu ahead of the 2022 Assembly polls.