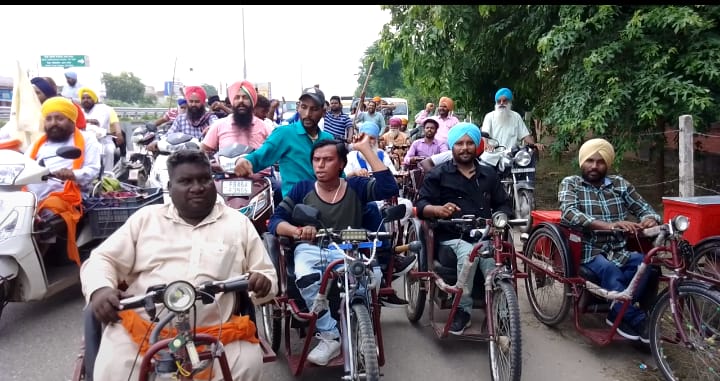 Differently abled hold a protest march to the MLA's office from the national highway on Sunday. Photo: Gurbaxpuri

Hundreds of divyangs, under the banner of Angheen and Blind Union, Punjab, took out a protest march in the town on Sunday. The protest started from the District Administrative Complex (DAC).

Lakhbir Singh Saini, state president of the union, said they had been moving from pillar to post for the last one year to get smart cards issued for them under the ‘Antodya Ann Yojna’, but the administration and the MLAs concerned were not ready to redress their grievance for no fault of theirs.

They gathered near the local DAC to put forth their demand, but no official came there to give them a sympathetic hearing. The divyangs marched around five kilometres to reach the office of MLA Sohal. Most of the divyangs were on electric tricycles resulting in blockade at several points on National Highway No. 54.

When they reached the office of the MLA, supporters of the MLA closed the gate of the office complex. All divyangs sat on a dharna in front of the MLA’s office gate and gharoed it for hours.

Saini announced that they would continue with their dharna till the MLA listen to their grievances.

The MLA called the divyangs for talks and assured them of redressing their issues soon. Then the protesters lifted the dharna. 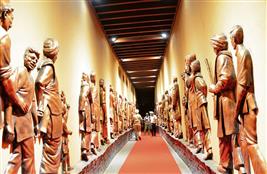