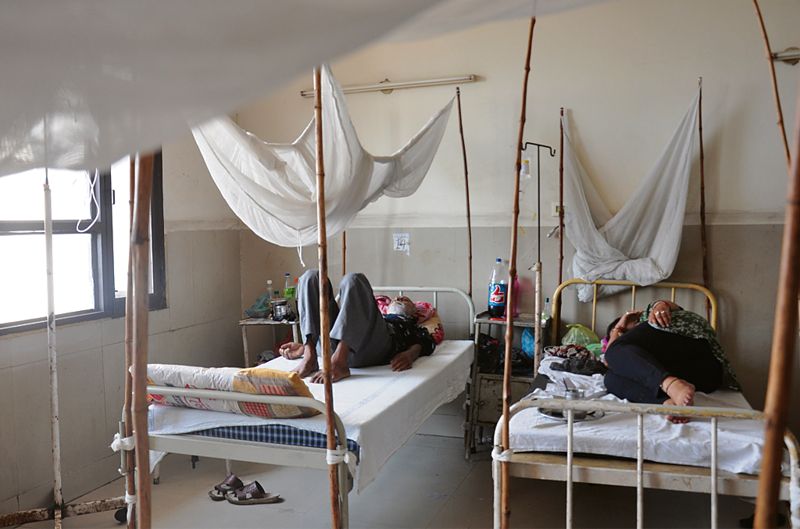 The dengue count in the district has reached 1,029 with 379 new cases reported by the Health Department in the last four days.

The dengue count in the district has reached 1,029 with 379 new cases reported by the Health Department in the last four days. Also the number of patients undergoing treatment at private hospitals or recovering at home with the symptoms similar to dengue is much more.

The situation has aggravated to the extent that people have been finding it difficult to find a bed in hospitals. A family member of a patient said, “Even the costliest and biggest hospitals in the city are short of beds.” He said he had to use his influence to get a bed at a private hospital, which claimed that they already had admitted more patients than their capacity.

The health authorities said spread of dengue would reduce with a drop in temperature. “Dengue period many extend by 15 more days,” said a health official.

The Amritsar Municipal Corporation has claimed to conuduct fogging in all 85 wards every week. The lack of awareness among general public about dengue was also one of the reasons behind the current situation.

Principal Kulwant Singh Ankhi said, “People should drain out water from fridge, change water of plants and should not let water stagnate in coolers or utensils as it helps in breeding.”

A senior official of the Health Department said, “No doubt the number of patients are high, but viral fever, which results in low blood platelet count is also active.” He said a few patients who had reported low platelet count tested negative for dengue.