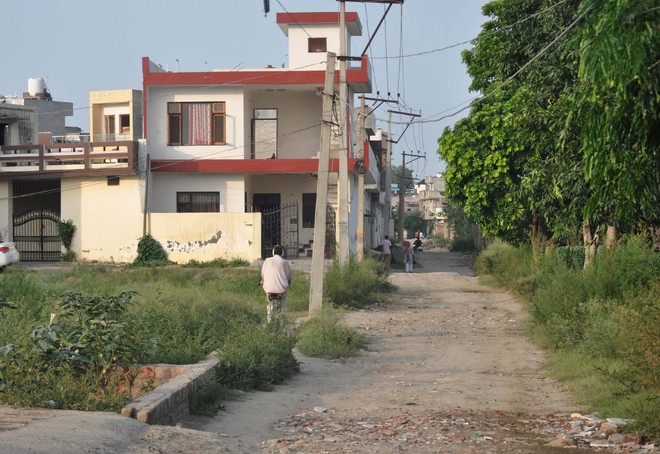 Residents of Guru Ram Dass Avenue A-block located on Airport Road are perturbed over the alleged discriminatory attitude of the civil body authorities towards their locality. For the past two decades, they have been waiting for a drinking water supply from the government side.

Nevertheless, the facility is available in the B-block and several other adjoining localities. Residents say that the work of providing a water supply was abruptly stopped before it reached their locality during the previous government regime. Work on it never resumed. Now the residents are dependent on submersible pumps for drinking water.

Baldev Singh, an ex-serviceman and president of the Guru Ram Dass Avenue Welfare Society, said, “I have been living in the area for the past nearly three decades. Though sewerage pipelines were laid and connections provided to residents, the facility of potable water supply was never provided to them.”

“There are around 200 residences in the locality and all are forced to install submersible pumps to draw water,” he pointed out, adding that though the municipal councillor of their area was well aware of the matter, nothing was done to provide a water supply to their area.

Another resident, Inder Kumar, said, “The adjoining localities such as Jujhar Enclave and Guru Ram Dass Avenue B-block have been provided a water supply. We were also hoping to get it as the adjoining localities were provided with a water supply during the previous SAD-BJP government. However, the work of providing it to our area was stopped abruptly.”

With underground water fast depleting, submersible water pumps are not a good alternative to draw water. “Authorities should understand this and they should provide the water supply to our locality,” he added.

Mayor Karamjit Singh Rintu said, “Under the Atal Mission for Rejuvenation and Urban Transformation AMRUT I and AMRUT II projects, the water supply would be provided to every household. If any locality is missed, they would be accommodated under these projects. The Amritsar Municipal Corporation is working hard to provide basic amenities to the residents of the holy city,” he said.