Love across the salt desert Since 2004, Harbhajan Singh has arranged 650 visas for people of 2 Punjabs 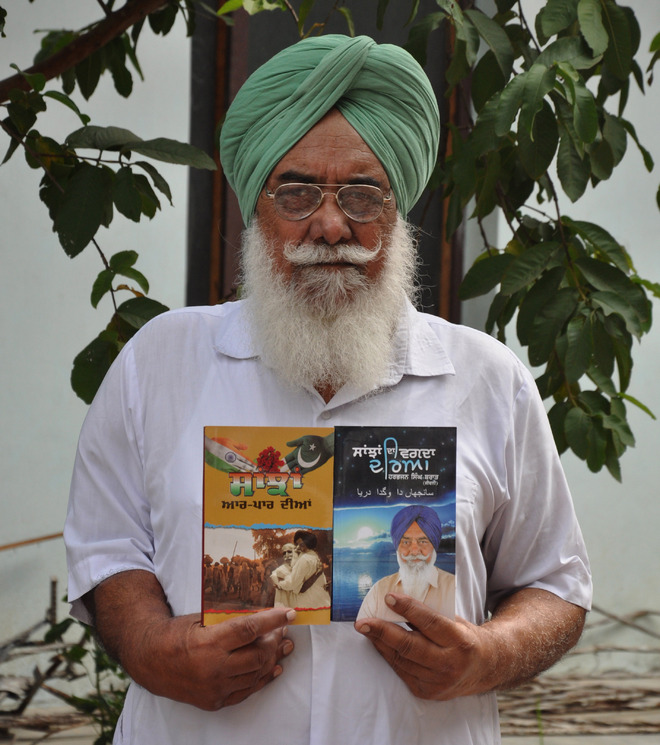 After taking part in the 1965 and 1971 wars against Pakistan as a sepoy in the Indian Army, Harbhajan Singh Brar realised that he was fighting against his own people. “I had no enmity with them. Deep down in my heart, I was emotionally attached to them,” says Brar, who left the Army in 1972. He then embarked upon a mission to reunite friends and families across the border.

The peace activist, who has arranged meetings of hundreds of Punjabis who got separated during the Partition of Punjab, is still active in ensuring permanent peace on the Indo-Pak border.

Since 2004, he has arranged 650 visas for people of the two Punjabs. A majority of those he helped were at the end of their lives and had always cherished a dream to visit the land they had to leave in 1947.

He recently organised condolence meetings in memory of 10 lakh Punjabis killed during the Partition in 1947. On August 15 this year, peace activists across the state associated with Brar’s Sai Mian Mir Foundation remembered millions of Punjabis who paid a heavy price for the Independence.

Brar’s family had migrated from Chak 7 village in Khanewal tehsil of Multan district during the Partition. “I could not sever ties with the land of my ancestors. The land of Guru Nanak and Baba Farid can’t be hated for political reasons”, said Brar.

How the idea took shape

When he first time visited Lahore with a “jatha” of Sikh devotees in 2006, the idea of reuniting lost people took shape. “During the tour, we visited the tomb of Hazrat Sai Mian Mir. I met with Mian Mohammad Aakram Betu, a retired judge. We discussed the composite culture and religion of both Punjabs. Thousands of persons died with the unfulfilled desire to see again their villages in India and Pakistan. So we decided to arrange visits of such people,” Brar reminiscences.

And thus started the journey of Sai Mian Mir Foundation, the organisation Brar formed to arranges visits for “jathas” to Pakistan. “The governments are heartless as they don’t want people meet each other. The unwanted checks of security agencies of both nations and formalities for processing of visa applications discourage us. At the age of 75, I am still active in peace initiatives,” he says.

Brar penned three books about his journey and experiences. His first book, ‘Sanjan Aar-Paar Dian’ was published in 2011 and is also available in Sahmukhi. He wrote tales of those people who were separated in 1947 and met after decades. His two other books, ‘Sai Mian Mir Ate Sikh Guru’ (2017) and ‘Sanjan da Wagda Darya’ (2018), express the ties between Muslims, Sikhs and Hindus.

Brar and his foundation used to serve the patients from Pakistan, who travels to Delhi for treatment. Apart from this several Pakistani Singers including Reshama and Naseebo Lal enjoyed hospitality of Brar at his residence near Khalsa College.

“Once, sitting in the backyard of my house with Naseebo Lal, I asked her what it felt to be sitting here. In reply, she said it was like sitting at her father’s house. It was a proud moment for me,” shared Brar.

He gave the credit of initiatives to his wife Sukhjeet Kaur Brar, saying, “No one can march on the path of activism without the wife’s support.”