Farmers leave for Delhi with pitchers, pulses : The Tribune India 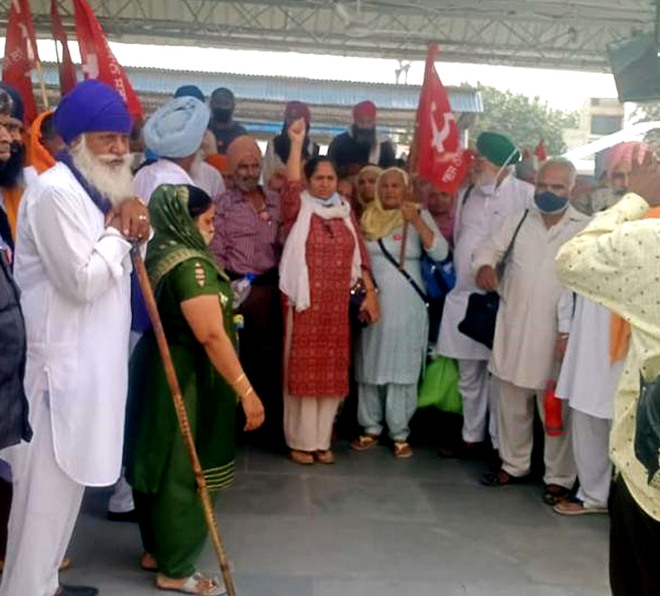 A large group of farmers including women leave for Delhi.

As the temperature is soaring and farmers sitting at protest sites on Delhi borders are facing trouble, a group of 171 farmers, including women, from the border belt has left to join them.

They have taken along earthen pots and around five quintals of pulses. The earthen pots would be used for drinking water while the pulses would be sent to farmers who are facing shortage of eatables on Rajasthan border.

Veteran communist leader and farmer activist Rattan Singh Randhawa said, “There is no dearth of wheat flour and other items as every farmer grows these. We have received reports that farmers sitting on Rajasthan border are facing shortage of pulses. The well wishers of the community have contributed around five quintals for them.”

Randhawa said farmers had been using earthen pots for storing and cooling water in the summer season. “Most of the farmers live hand to mouth. Even an earthen pot is a luxury for them. People supporting the cause should come forward to support those at the protest sites,” he said.

“Even though the protest has been going on for the last more than six months and it has taken a toll on the mental and physical health of farmers their spirits are still high,” he said, adding that it is a do-or-die moment for farmers.

He said, “We all know that the three laws passed by the Centre are against the farming community. Some of us who are active in political circles are opposing it just because of their political compulsions. Everyone needs to look beyond their political party obligations for once and see the truth.”