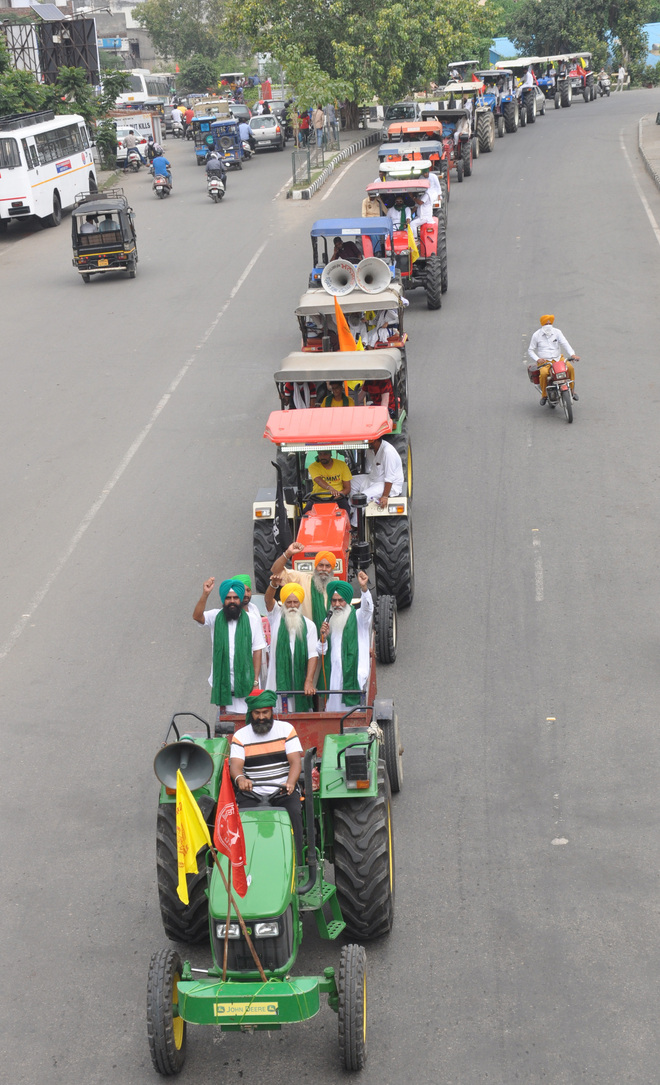 On a Bharat Bandh call given by the Samyukat Kisan Morcha for September 27, thousands of farmers, including women and children from the city, on Saturday took out a tractor march here to protest against the three controversial agricultural laws and to mobilise support.

The march was organised under the banner of the Holy City Farmers Group, an organisation of the city dwellers floated by Rajan Mann and others during the ongoing farmers’ protest to show solidarity with them. A cavalcade of tractors and cars, which started from Holy City locality, passed through Queens Road, Hall Bazaar, Walled city outer circular road, bus stand, SSSS Chowk, Mall Road, Lawrence Road, Circular Road, Maqbool Road and Ranjit Avenue, before culminating in Holy City.

The participants raised slogans against the Central Government and urged the public to support the farmers.

“During the initial days of the protest in Delhi, a perception was being built that the agitators are a handful of rural residents. To counter this misconception and to express solidarity with the farming community, the Holy City locality residents organised events in the city. Now, our organisation has grown beyond the locality as residents from many other areas have joined the cause,” said Rajan Mann.

The march was led by Gurdev Singh Mahal, Tejbir Singh Mann, former vice-chancellor MPS Isher, Sikander Singh and other activists. They stated that the government was indifferent towards the concerns of the farmers and was still playing politics instead of holding discussions with them. They also demanded that all cases registered against farmer activists in Haryana should be withdrawn.