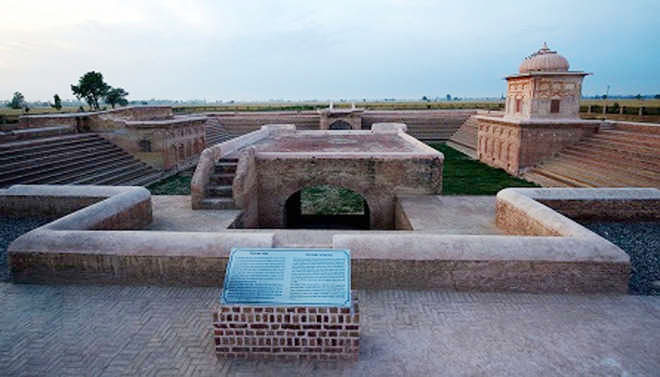 The historical site of Pul Kanjri, 35 km from Amritsar, towards the Indo-Pak border, has found its mention in many literary accounts pertaining to the life of Maharaja Ranjit Singh.

The site was built by Maharaja Ranjit Singh between 1800 and 1840 as a resting abode for the king and his troops. But its history also mentions the love story between Maharaja Ranjit Singh and Mooran Sarkar, a Muslim courtesan. It is believed that Pul Kanjri, that was known as Pul Mooran before, got its popular name from her since dancers were addressed as kanjris back in the day.

Pul Kanjri now stands in isolation, right between the twin cultural cities of Lahore and Amritsar as an example of fine architectural heritage of that period and a symbol of love. Highlighting the significance of this historical site of Punjab, Harpreet Sandhu, a photographer and an advocate by profession, shot a documentary titled ‘Pul Kanjri’ during the lockdown. He shot the film solo and got it edited by his team in Mumbai. It was telecast on a TV channel on Tuesday.

“My sole aim to shoot the documentary was to highlight the story and history behind one of the beautiful architectural marvels of Punjab — Pul Kanjri. Despite its historical significance, Pul Kanjri has not been given its due in contemporary India, especially Punjab. Even in Amritsar, a lot of people are not aware of its existence, which is tragic as Pul Kanjri was a hub of cultural activities during the period of Maharaja Ranjit Singh,” said Sandhu. The Punjab Tourism Department includes Pul Kanjri in its heritage tours, but Sandhu says that mere footfall is not enough to reconnect with this hidden gem of history.

The documentary was released worldwide by MP Gurjeet Aujla in the presence of DC Shivdular Singh.