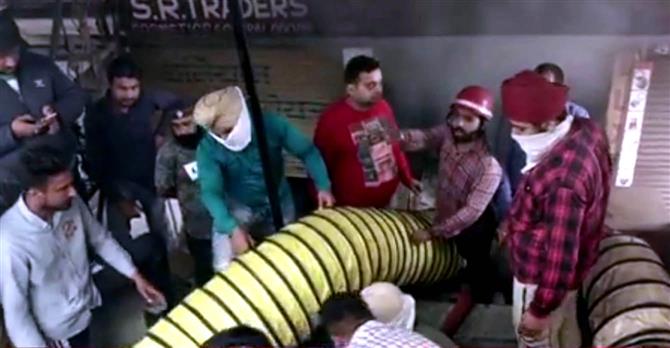 Firefighters try to douse the flames at the toy shop that caught fire in IDH market in Amritsar.

A fire broke out at a toy shop in IDH market on Wednesday morning. After getting information, firefighters from the Municipal Corporation and the Sewa Society reached the spot.

Divisional Fire Officer Lovepreet Singh said they received information about the incident at 6am and they immediately reached the spot to douse flames. He said short circuit caused fire in the basement and narrow entry acted as a major hurdle. With the help of six fire engines, the firefighters managed to douse flames after one-and-a-half hours. No human loss was reported in the incident.