Incident an outcome of personal enmity over a female friend 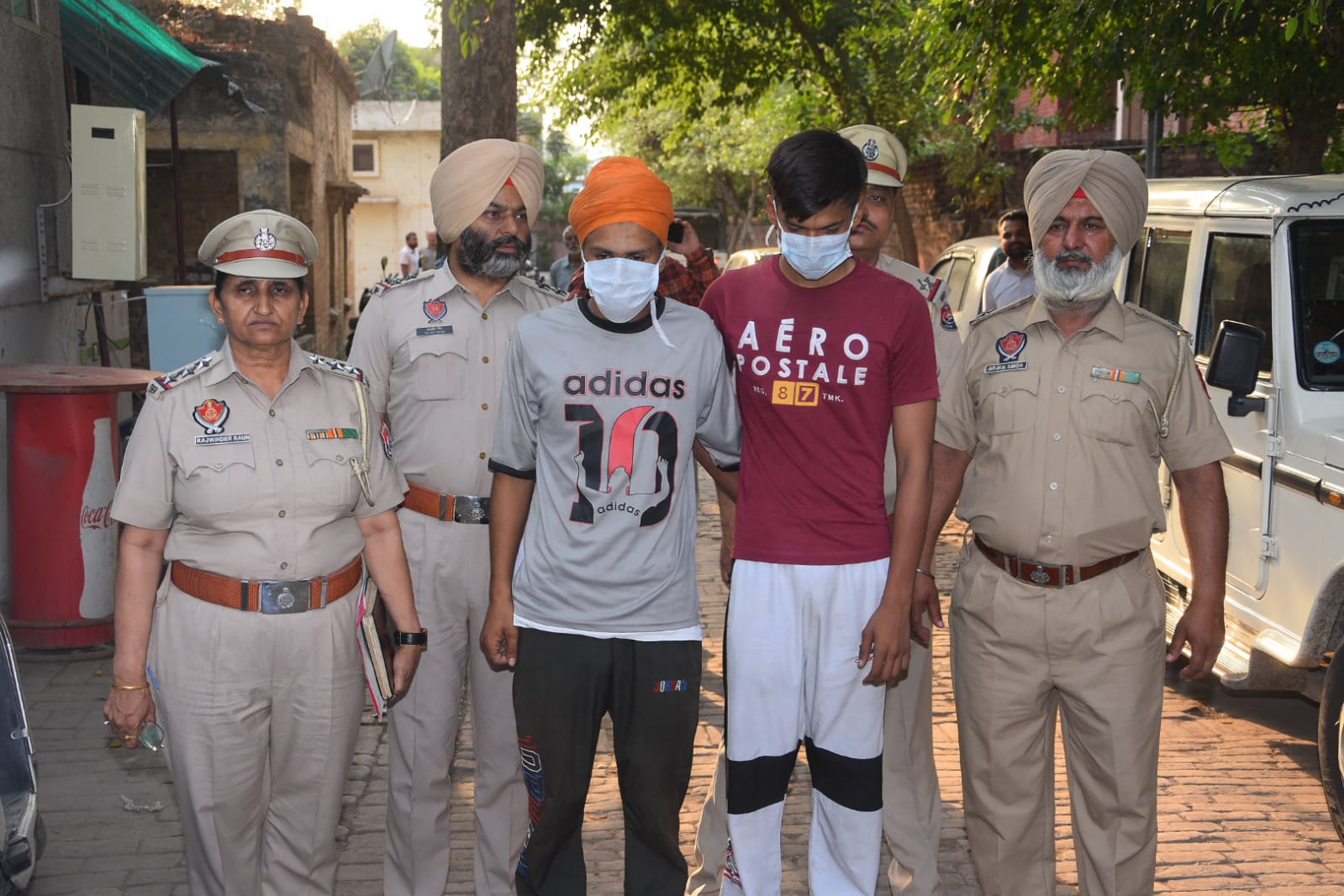 The two accused persons arrested in connection with the firing case outside Khalsa College and murder of a banker in Amritsar.

Three days after the shooting outside Khalsa College that claimed one life and left another injured, the city police are patting their back by arresting three suspects even as the prime suspects in the case are still out of their reach.

The victim Lovepreet Singh, a resident of Batala, was shot dead outside Khalsa College here on Wednesday. This despite tight security arrangements in the holy city in view of the Ghallughara Diwas scheduled on June 6.

Those arrested are Maninder Singh of Shehjada village in Ajnala, Jashan Kumar of Kot Khalsa and a woman whose name was withheld by the police.

Police Commissioner Arun Pal Singh said raids were on to arrest the remaining suspects in the case though he said the role of the woman in the case was under investigation. He said Jashan was a student of Khalsa College and known to the accused. He was accompanying them when the incident took place. He said as the investigations were still on, they could not divulge more details, as it would hamper the probe.

Among those who were yet to be arrested are Gurjit Singh, alias Gurjan, of Sheikhupura in Jandiala Guru; Manjinder Singh of Chawinda Devi village; Guri and Ravinder Singh.

Lovepreet and his friend Gursimran Singh of Aliwal village in Batala had a quarrel with the accused over a female friend. This took an ugly turn, when the accused shot at them. They were critically injured of gunshot wounds and were rushed to a private hospital, where Lovepreet succumbed to his injuries, while Gursimran was still under treatment.

The Police Commissioner said the incident was an outcome of a personal enmity over a female friend.