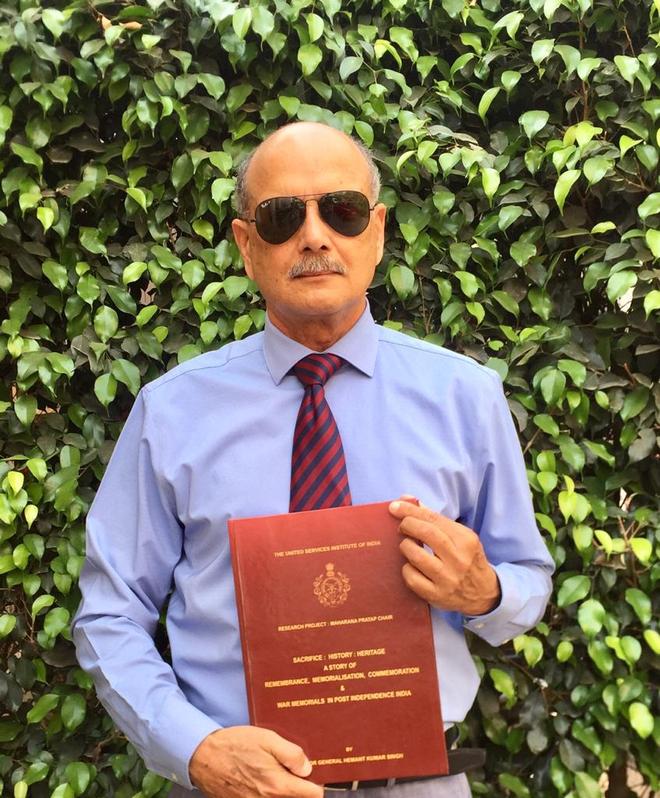 Speakers included Dublin-based Punjabi critic Mahmood Awan, whose research on WWI, has been extensively quoted by historians and Major General Hemant Kumar Singh, who is working on a book on commemoration and war memorials, in India.

As the fest aims to bringing three Punjabs – East, West and Diaspora – together on one platform, the session had participants from across the world.

Maj General HK Singh, who is a curator of Chandigarh Military Festival, said, “More than a million Indians served during WW I and half of them were Punjabis. Sadly, there is little documentation on how the war affected lives of Punjabis and how it wreaked havoc on social and cultural fabric of Punjab. My book will be a remarkable and important work on Punjab’s contribution to World War I.”

Awan, who has researched on WW I extensively, said he had personal connections with army and World War I. “My great grandfather served in the First World War while my grandfather served in the  Second World War. I was shocked that there were hardly any records documenting the details of number of recruits, why they joined and how they fared. So, for me this is a deeply personal work.”

Talking about the beginning of recruitment of Punjabis in WWI, Awan said during 1919, 45 per cent of the army recruits were from Punjab. “It has to be noted that all these recruitments were voluntary. The British were perceptive about how to motivate the Punjabis to join. They appealed to their honour; they worked on their love of land by granting land to those who served; they urged them to come to the aid of their friends who were serving,” he explained. He said money was also a motivator in enlisting as many who joined were quite poor.

Awan also shared a little-known letter by Mahatma Gandhi in which he displayed his sympathies with the British. “Before he started fighting for Swaraj, Gandhi was a loyalist of the British. He played an instrumental role in the recruitment, telling the women that men were born to fight and serve in the army,” said Awan.