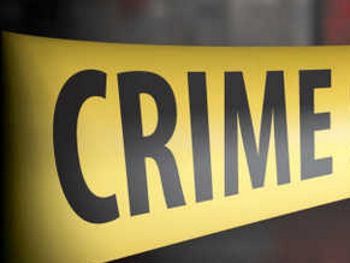 Hours after snatching a car from a Mohali resident from outside a private hospital on circular road on late Saturday night, the Tarn Taran police claimed to have arrested two persons with the car.

They have been identified as Harmit Singh, alias Heera and Rashpal Singh, alias Pal, both residents of Algo Kalan village. Their accomplices Lovepreet Singh, alias Love, of Beharwal village; and Malkeet Singh of Tarn Taran, were also identified. Two of them reportedly have political links.

Police sources said Harmit had three criminal cases against him, while Rashpal had two.

The accused had snatched a car from Amritpal Singh, a resident of Mohali, after injuring him with a sharp weapon outside a private hospital on circular road. The victim was sleeping in the car, as his newborn was admitted to the hospital. He told the police that he works as a security guard and was stationed at a port in Dubai for the last six years. His wife Navneet Kaur had delivered a baby, but due to poor health of the newborn, he was admitted to the hospital.

On Saturday night, he was taking a nap in his car, when three young men approached him and asked him to open the car’s door. As soon as he lowered the glass, one of them said they were in an emergency and would be thankful if he (Amritpal) helped them in reaching their destination.

Amritpal Singh said he told them that he was taking care of his family and they should take a lift from someone else. After this, all three robbers forcibly lowered the glass of the car and somehow opened the door and forcibly entered inside. Amritpal resisted the move and the accused attacked him with a sharp weapon. They injured his back and arm and fled with his car, two mobiles and cash.

The entire incident was recorded in the CCTV cameras. The Majitha Road police had registered a case against unidentified robbers.

The accused had snatched a car from Amritpal Singh, a resident of Mohali, on Saturday after injuring him with a sharp weapon outside a private hospital on circular road. The victim was sleeping in the car, as his newborn baby was admitted to the hospital.

11 hours ago
10
Chandigarh Rise of Apartments