Girl's body handed over to father : The Tribune India

Her brother claims in video that she was strangled to death 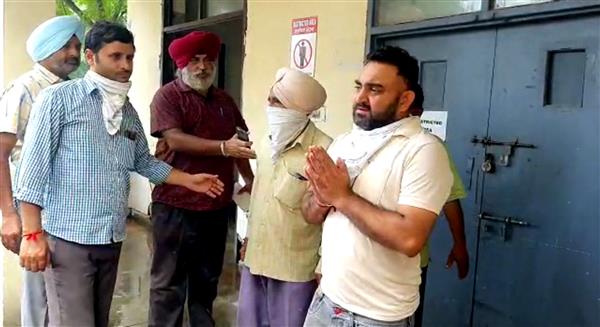 A day after a minor girl was found dead in the Golden Temple complex, the police today handed over the body of the girl identified as Divjot Kaur (5) to her family.

Her mother, the prime suspect, identified Mahinder Kaur was held by the Rajpura police yesterday evening. She was handed over to the Yamunanagar police where a case of illegal detention of the two children was registered against her. The case was registered following a complaint filed by her husband Kulwinder Singh.

Inderjit Singh, SHO of the Galliara police station, said the police initiated inquest proceedings under the CrPC after finding the body of the girl in the Golden temple complex. Her body was kept in the mortuary for identification.

“After the girl’s father Kulwinder Singh identified the victim, her body was handed over to him after the autopsy. Her mother, who was brought here from Rajpura, was also handed over to the Yamunanagar (Haryana) police for further action and investigations,” he said.

Kulwinder Singh demanded justice for his minor daughter though he denied talking to the mediapersons. He was looking devastated following the shocking incident.

Sub-Inspector Pritam Singh of the Gandhi Nagar police station in Yamunanagar said they had taken the suspect into custody. A case under Section 346 of the IPC was registered against her following a complaint by her husband Kulwinder Singh, a resident of Kuldeep Nagar area.

He had stated to the police that Mahinder Kaur took two children Harkirat Singh (8) and Divjot Kaur (3), the victim, without informing the family and did not return home. Though they tried to locate them, but failed.

Later, when the CCTV footage went viral on the social media following recovery of the body from the Golden Temple complex, Kulwinder identified her. Later, the Amritsar police was approached and her father reached late in the night and identified the body of the deceased.

Pritam Singh said the autopsy report would reveal the cause behind the victim’s death and further investigations were on.

Later in the evening, a video of the male child, supposed to be accompanying the accused woman, went viral on the social media. He was seen claiming in the video that his sister was allegedly strangled to death.

He claimed that an unidentified “uncle” and his mother had committed the crime. On being asked, he said he tried to prevent them from killing her, but they snubbed him.

Later, they abandoned the body at Golden Temple Plaza. However, the local police did not ascertain it as the investigation is now with the Yamunanagar police.