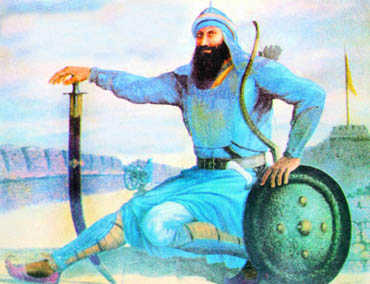 The Department of History and Centre On Studies in Sri Guru Granth Sahib, Guru Nanak Dev University, organised a national webinar on the theme ‘Baba Banda Singh Bahadur: Struggle and Legacy’ dedicated to the 350th Birth Anniversary of Baba Banda Singh Bahadur. Three eminent speakers spoke on various aspects of the life and struggle of the venerable figure.

Prof Amarjit Singh, head, Centre on Studies in Sri Guru Granth Sahib, said Baba Banda Singh Bahadur was the first to challenge the authority of the Mughal Empire in last 750 year history of the country. First speaker, Prof (Dr) Jaspal Kaur Dhanju, former professor and head, Department of History, Punjabi University, Patiala, said his struggle should not be seen as tugging between Islam and Sikhism, but stepping up against oppression of the Mughals. She analysed Persian, English Gurmukhi and Rajasthani sources on Banda Singh Bahadur.