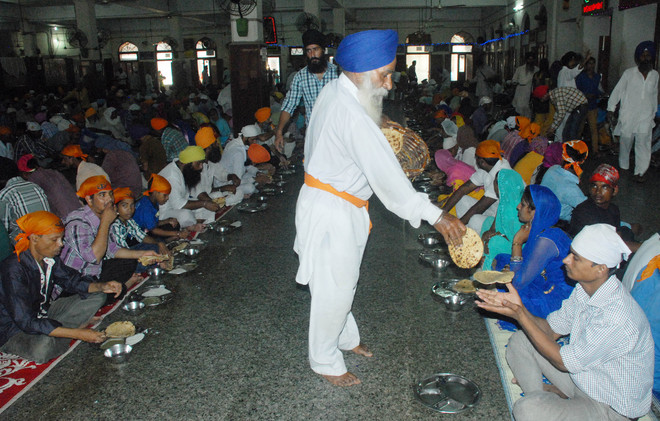 The preparation of langar at the world’s largest kitchen at the Golden Temple would now be more efficient, eco-friendly and cost effective.

The SGPC is going to introduce steam mechanism as a source for cooking langar items, just on the lines of the kitchen of historic Gurdwara Shaheed Ganj Sahib Baba Deep Singh at the Chattiwind Chowk in Amritsar, since 2017.

The boiler could be operated through burning of wood, CNG or the LPG. The steam generated in the boiler will be circulated through pipes to special vessels to be used for cooking.

Each vessel would have a capacity of preparing at least two and a half quintal of food at a time.

SGPC president Bibi Jagir Kaur said that this mechanism would not only curtail the fuel cost and the preparation span by half in comparison to traditional cooking method, but also check emission of heat or smoke in the langar hall.

The ‘sewa’ (voluntary service) of setting up the project has been entrusted to Sant Baba Baljinder Singh, head of Gurdwara Rara Sahib.

He informed that the equipment would be imported from Germany. "Apart from it being efficient and cost effective, the steam methodology also helps maintaining the nutrition value of food. The reason being it would auto-cut as it attains the requisite temperature,” said Baba Baljinder Singh.

Since the work on providing the CNG supply line to the Golden Temple is underway, it will be more efficient to run the steam cooking system at the shrine’s kitchen.