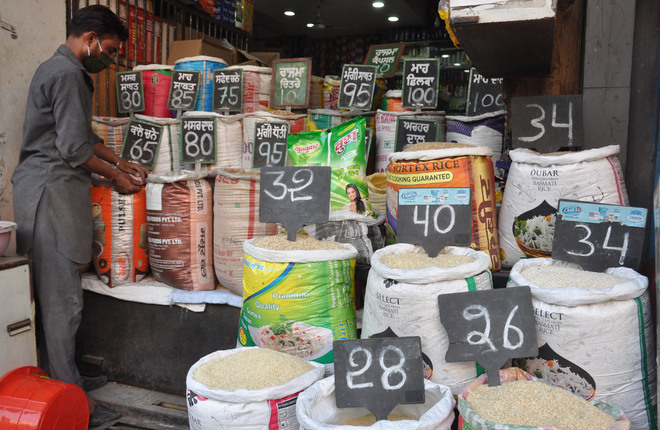 Members of the Amritsar Retail Karyana Merchant Association condemned the government for its indifference towards skyrocketing prices of cereals, pulses, vegetable oils and other essential commodities.

In a meeting held here recently, the office-bearers of the association condemned the attitude of the government and its leaders.

Kuldeep Rai Gupta, president of the association, said their sales of cereals, pulses and different vegetable oils came down during the past some months.

“It shows that the beleaguered consumers resorted to this step after finding their income and salaries curtailed due to the Covid-19 lockdown and their expenditure stressed between increased fuel and power cost.”

He said there was no plausible reason for the price rise except that the political establishment wished the entire trade to be handed over to some corporate houses.”

The government’s effort to check black marketing and push sufficient food stock in the market to price rise failed, he said.

Buta Ram, another senior member of the association, said prices of all types of vegetable oils, including soya, rice bran, palm, cotton seed, vegetable had increased between 30 per cent and 40 per cent. Similarly, the cost of cereals and pulses rose considerably.

Terming the government shameless, he said it did not even pretend to evaluate the reason behind the sharp rise in the prices and measures to control these.