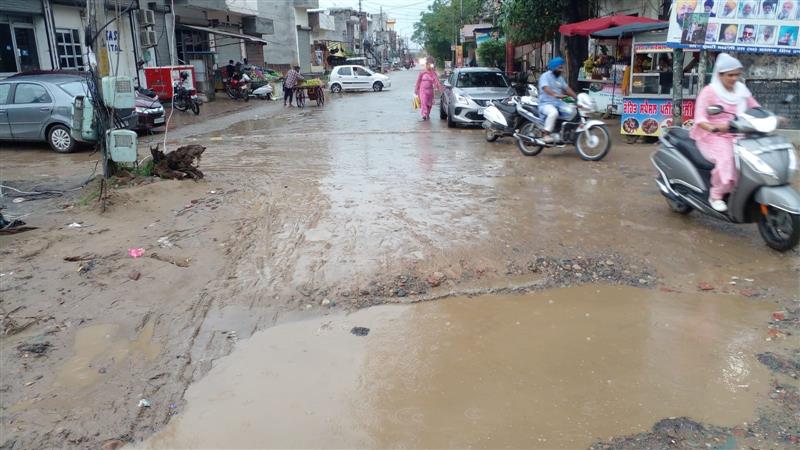 The Gurdaspur administration is racing against time in its fight to get the main roads of Batala city motorable before the birth anniversary celebrations of Guru Nanak Dev slated to be held on September 3.

Deputy Commissioner Mohammad Ishfaq, SDM Shayari Bhandari and MLA Sherry Kalsi have been holding regular meetings to ensure the roads are in good condition when the first batch of followers arrives in the city on September 2.

Nearly one lakh devotees are expected to be in the city. The “baraat” will arrive from Sultanpur Lodhi a day before the actual celebrations on September 3.

The officials are sure to have egg on their faces because going by the speed of work it seems to be an insurmountable task to reconstruct the roads on time. This means both locals and the pilgrims will face problems. “And if this happens, the guillotine is likely to fall on top officers,” said a senior officer.

Three agencies — the Municipal Corporation (MC), Sewerage Board and the PWD — are engaged in an intense battle to get things on track.

Keeping in view the sensitivity of the situation, many heads will roll if things go awry on the D-day. A new sewerage has been laid on the main roads leading to the city from Gurdaspur, Jalandhar and Amritsar. Pilgrims often take this route to reach Gurdwara Kandh Sahib where the celebrations commence. The two main arteries of the city — the Qadian Chungi road and the Dera Baba Nanak road — fall under the ambit of the Municipal Corporation. These roads, too, are used by the devotees. These stretches require a lot of patchwork.

Officials of the PWD say it is not possible to construct a new road where new sewer systems have been laid. “It requires time for the newly laid sewerage to settle down. The entire system may collapse if it is subjected to more weight than required. That is why we will just level the road and put gravel on it to make certain it becomes motorable. The rest of the work will be done once the celebrations are over,” said an officer.

Shayari Bhandari, SDM, who visits the road repair sites twice a day, says the PWD and the engineering wing of the MC has assured her that the roads will be made motorable by the time the event takes place. She also holds the post of the MC Commissioner.

“The JCBs are working overtime. So are the MC employees. We hope to complete things by the end of this month. In no way will the devotees be inconvenienced,” she remarked.

that an inquiry should be held into how things have been allowed to come to such a pass.

Preparations related to “Babe da Viah” are discussed in the MC house meeting every year. However, for the last three months no meeting has been held while the general rule is that at least one meeting of the house should be held every month. Residents say there should be a probe into why the house has not met ahead of such an important event.

The running feud between Mayor Sukhdeep Singh Teja and Bhandari is not helping matters. Although Bhandari denies the dispute, the fact remains that the two do not see eye to eye.

Meanwhile, Senior Superintendent of Police Satinder Singh said a blueprint to control traffic congestion during the celebrations has been prepared by the police. “Not even a single devotee will be inconvenienced. I have formed teams to ensure law and order is maintained during the course of the event,” he said.