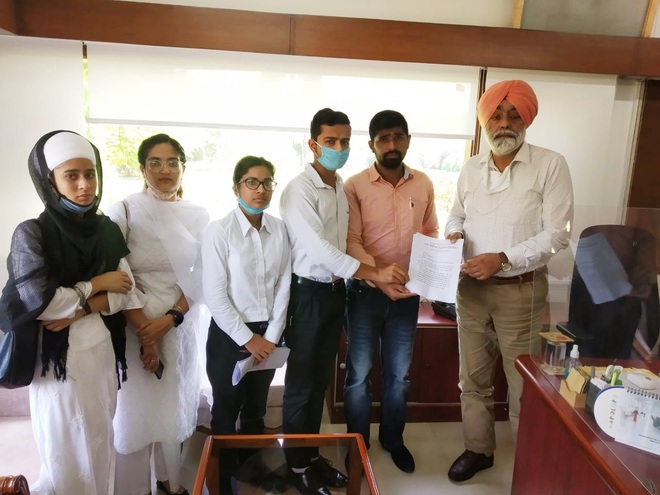 Members of the All-India Students Federation (AISF), Guru Nanak Dev University (GNDU), handed over a memorandum to Dean Academic Affairs against the mandatory billing for food service at the hostel mess. The members said whether the students eat food served in the mess or not, they have to mandatorily pay the bill, which is not justified.

All-India Students Federation, president, Punjab, Lovepreet Singh, while addressing the plight of university students, said GNDU doesn’t have a cooperative mess system where students manage their own mess and regulate services. “The contractors have been serving substandard food and each student has to pay more than a thousand rupees under the Mandatory Diet Bill rule, even if he has not eaten a single meal. Therefore, the Mandatory Diet Bill should be removed so as to reduce the financial burden on the students,” he said.

The second demand of the students is that the results of the exit classes for several courses have not been declared yet. “It will jeopardise the future of students as not announcing the results has been causing a great difficulty to students in seeking further admission. We have requested the authorities to declare the results of old semesters of all departments,” he said.