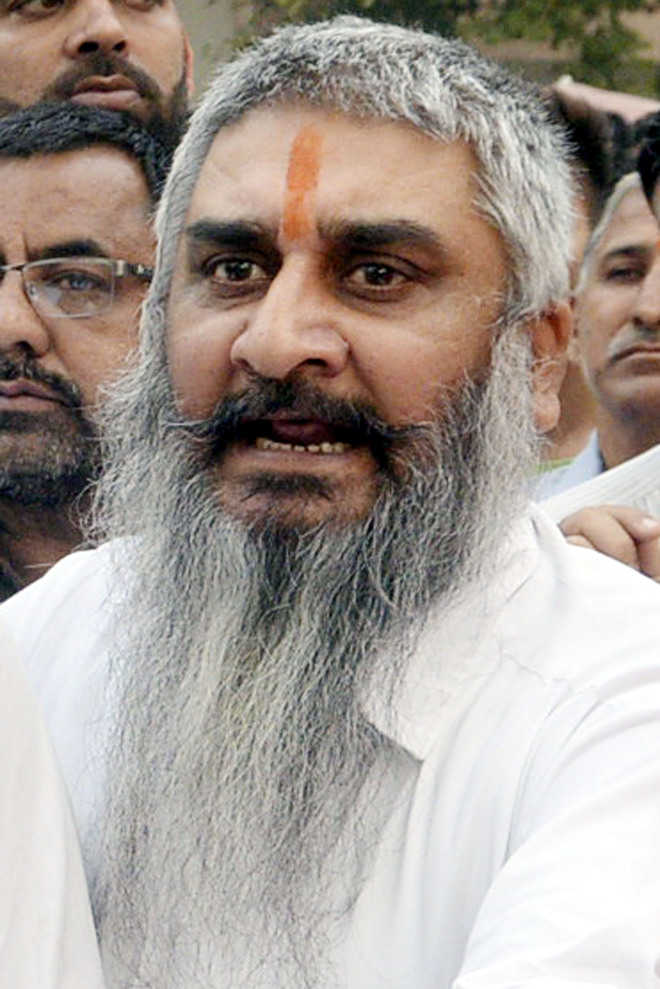 Controversial Hindu leader Sudhir Suri has been booked by the rural police for allegedly hurting the sentiments of a community.

Complainant Balbir Singh Muchhal, a resident of Muchhal village, stated to the police that Suri along with Hardeep Sharma had used derogatory remarks against people belonging to the Sikh community. A preliminary probe was conducted by SP Investigations in this connection following which a case under Section 153-A of the IPC was registered against the duo.

Meanwhile, Yuvraj Singh Sandhu, district president of Rashtriya Sikh Sangat, condemned the irresponsible remarks given by Sudhir Suri. He said he should immediately remove the video from his social media platform in which he made objectionable marks against Sikh NRIs and their family members.

He said such statements were detrimental for Hindu-Sikh brotherhood and peace in the state. He said such statements not only hurt a particular community but entire population of Punjab. He demanded immediate action against Suri. “They should be arrested and put behind bars,” he urged the district administration and the state government.