WAY TO GO!: Stories That Inspire 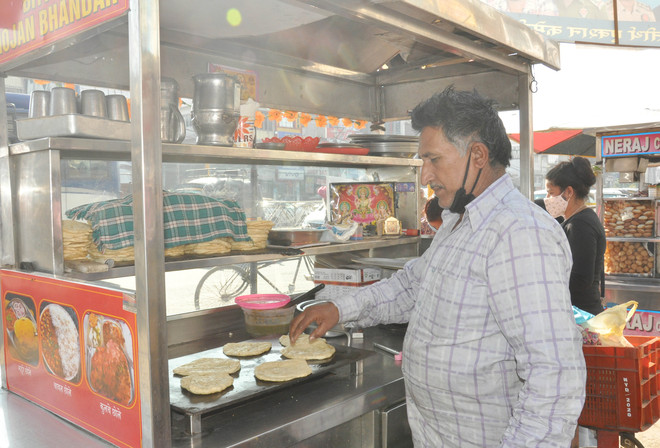 Gurdev Singh’s experience of running a dhaba came in handy as his income from his business (selling ready-made clothes) dropped post lockdown recently.

To supplement his income, Gurdev started a stall selling ‘chhole-bhature’ outside his family shop.

Gurdev’s family used to run “Kale da dhaba’ in Putlighar area, which was closed years ago. “Things are improving gradually but not many people prefer to eat outside due to the threat of catching the disease,” he said. Gurdev is enjoying the new work, as he seems to have found cooking more rewarding than selling clothes.

He adds: “Cooking is more of an art while selling clothes is a boring business. I have been experimenting with flavours these days to find out what tickles the taste buds of customers.”

As most of the businesses have not recovered fully even after the relaxations in lockdown, Gurdev said he hopes the situation would become normal by the year-end. “The business has improved from what it used to be last year. If all goes well for two more months, people will be able to shun their fears,” he said.

Singh said his family had closed the dhaba a few years ago due to losses. “Dhabas can be profitable near bus stands, railway stations or educational institutions. In other areas if people have to eat outside of their homes, they prefer restaurants,” he said.

He said he plans to continue his ‘chhole-bhature’ stall even if his income from the readymade clothes shop improves gradually. “If the stall has come to my rescue during hard days, I know it will continue to do more good during better times. I will continue working at the stall,” he said.