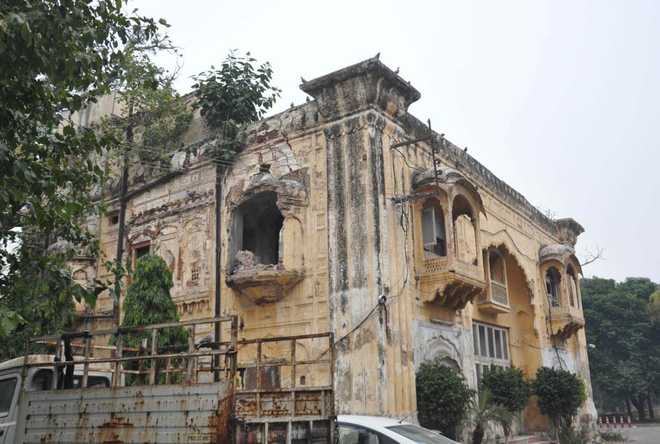 A historical building in a dilapidated condition at Ram Bagh.

Amritsar city has a rich heritage of Maharaja Ranjit Singh, but most of the historic structures were in a shambles.

A large number of heritage monuments, including historic gates and wall around the city were demolished by the Britishers. The remaining heritage buildings had been crying for attention.

The Shiromani Akali Dal renovated Gobingarh Fort during its tenure and handed it over to a private firm to manage it, but historic Ram Bagh and Summer Palace remains neglected.

Gobindgarh Fort located outside Lohgarh Darwaja has a treble line of defance and a deep moat around the outer wall. The fort was built in 1809 by Maharaj Ranjit Singh. The treasury of Maharaja was also kept in the same fort.

The most important heritage of the city is the Summer Palace of Mahraja Ranjit Singh in Ram Bagh. The centre of the garden featured a double storey palace (construced in 1819) with a basement, which served as a cold underground chamber.

The Heritage Department of the state government has been renovating the palace for the last several years. A huge portion of the garden had been being encroached upon.

Rahul, an activist said, "After Lahore, Amritsar city was favourite of Maharaja Ranjit Singh. He constructed fort, developed garden, built palace, made walls and gates in the city. Unfortunately, the governments are unable to take care of heritage structures. The city witnesses rush of tourists, but no one is concerned for heritage monuments."