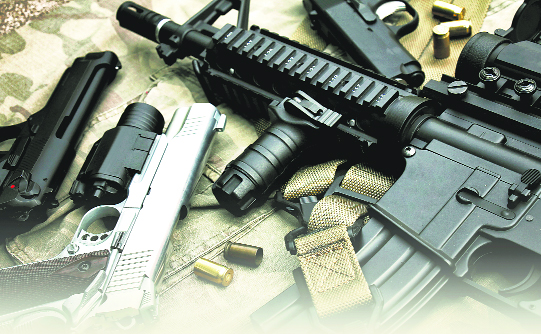 Two illegal arms racket accused, who are residents of Madhya Pradesh, were produced before the court which remanded them in one-day police custody here on Tuesday. Photo for representation only.

Two illegal arms racket accused, who are residents of Madhya Pradesh, were produced before the court which remanded them in one-day police custody here on Tuesday. The police sought five-day police remand of the accused for further interrogation.

Arrested on January 9 from Madhya Pradesh, Mahesh Selotia and Jaggu, both natives of Khargone village in MP, were brought here after getting transit remand. The police authorities said they would be produced in the court tomorrow again.

With their arrest, the Punjab Police had claimed to have busted a gang involved in supplying country-made weapons to criminal elements in Punjab, including gangsters and alleged terrorists.

The police had recovered 12 (.32 bore calibre) country-made pistols with 15 magazines along with a huge cache of ammunition from their possession. The gang was suspected to have supplied over 24 pistols (.32 bore) to gangsters and criminals in the last three months.

Preliminary investigation had revealed that he was also in close contact with Akashdeep Singh, the prime accused in the drone module busted by the Punjab Police in 2019 and who is at present lodged in Amritsar jail.

Gurinder Pal Singh Nagra, DSP (Detective), said the police had got the production warrant of Akashdeep Singh and he would be taken into custody from jail on Friday for further investigation in the racket.