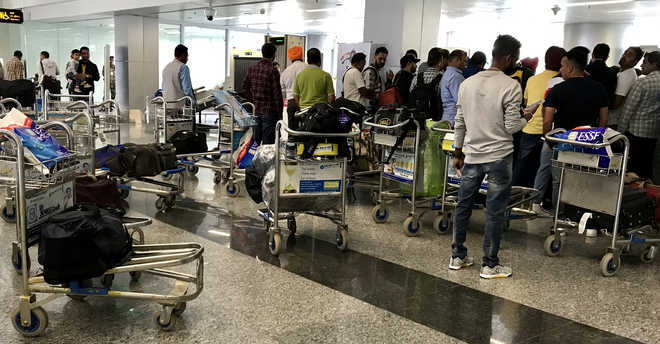 Yogesh Kamra, Convener, Fly Amritsar Initiative, wrote to to the Director Airport about regular delays in passenger baggage arrivals. “A lot of passengers have been sharing this issue with us on social media and on calls. I have also experienced similar experience while travelling on Air India to Amritsar from Delhi and Mumbai,” he said.

Kamra said, “Recently, one of my family member arrived on Air India flight from Delhi to Amritsar on December 30. While the flight duration was around 50 minutes, it took more than 50 minutes for baggage to arrive on the belt. There was no duty manager from airline available at belt area where passengers could complain. Many passengers could be seen fuming due to dismal level of baggage delivery service.”

Earlier, Yogesh Kamra had filed a complaint on Air Sewa portal (complaint number WW158108) on December 14, 2019. It may sound surprising that even on maiden London Stansted (STN) flight to Amritsar (ATQ) last year, most of the passengers had to wait for around two hours for their baggage.

Videos posted on social media of this particular incident went viral and aggrieved passengers had submitted their complaint to the Director Airport office as well. Councillor Charan Kanwal Singh Sekhon (chairman, SEVA Trust, UK), who was travelling on the maiden first flight from the UK categorically raised the issue with the officer concerned.