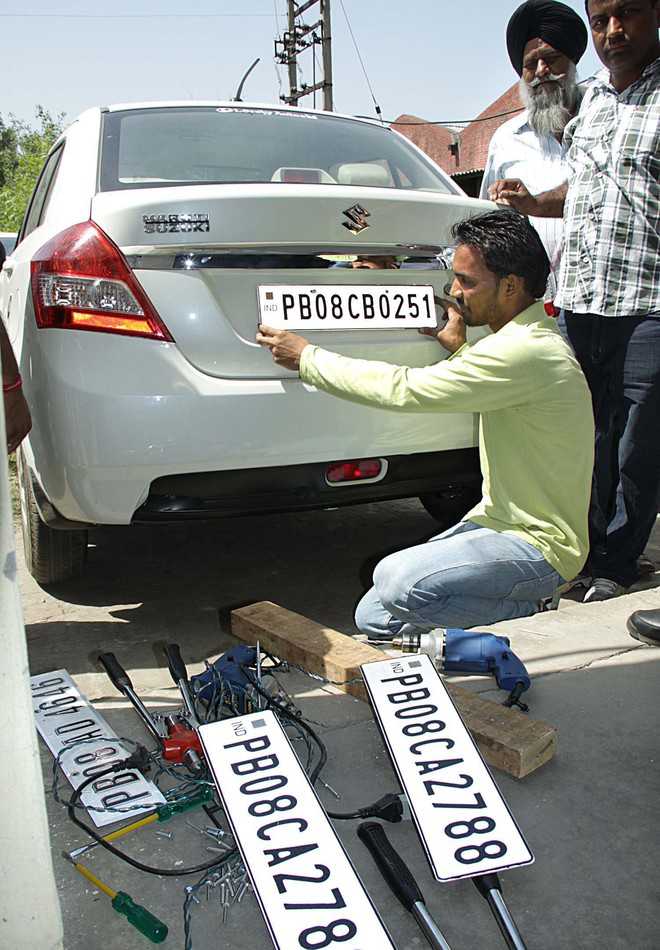 The installation of High Security Registration Plates (HSRP) on all vehicles is the need of the hour to curb crime in the border district. Though the state government has launched the programme of fixing HSRP in 2012, it was going on snail’s pace and ironically the traffic police also failed to start any enforcement drive in this connection, this was stated by Dr Kamaljeet Soi, member, National Road Safety Council, Ministry of Road Transport and Highways.

He said almost 20 lakh vehicles were still plying on roads without the HSRP and thereby adding new and alarming dimensions to the criminal activities. “Complete implementation of the HSRP and effective follow up is the need of the hour,” he pointed out.

Chairman of NGO Raahat and president of Global Soceity of Safety Professionals, Soi was here to launch Mission Safe Amritsar.

He said there were also cases wherein some miscreants were found affixing counterfeit HSRPs on vehicles. “Although some vehicles have been impounded by the police, a large number of vehicles are still plying on roads without the HSRPs. An immediate action is required to stop this menace or these vehicles will remain a threat to the security of the city, state in particular and the nation at large,” he added.

Soi said the office of the State Transport Commissioner, Punjab, sent a communication in August this year to all the Regional Transport authorities as well as to the SDMs in the state highlighting the same concern. “As per the notification, vanity numbers allotted to vehicle owners in lieu of payment after June 1989 with registration mark other than “PB” state code and other parts of the registration mark and not in conformity with the Motor Vehicle Act, 1988 should be surrendered to the state. Also, vehicle owners have been asked to get new registration marks in conformity to the above said Act,” Soi added.

“The situation here was completely marred by traffic disorders, flagrant and brazen violations,” said Soi. He also highlighted some chronic issues at particular spots in and around the city resulting in accidents causing injuries and loss of human life and as a result city making it into the list of 20 most unsafe cities as per the WHO report.