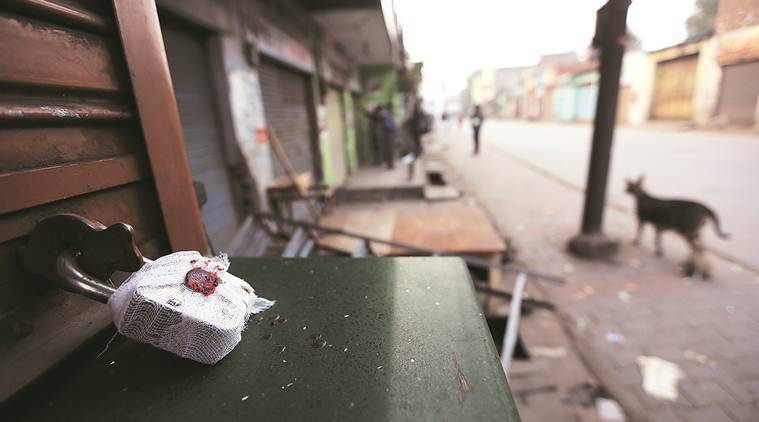 The case in a nutshell

It all started with the arrest of Karamjit Singh of Ram Divali Hindua village on October 2. The police recovered 100 intoxicant tablets from him. When the police started probing the backward link, they arrested a quack Kirpal Singh of Verka, from whose possession the police recovered certain intoxicants. During their interrogation, the police held a medical representative, who used to supply the same to them. He was identified as Rohit Kumar. His arrest led to the arrest of a chemist Naveen Gupta from Katra Sher Singh area on October 4. The police confiscated 13, 500 tablets from his shop. His interrogation led to the confiscation of 1.8 lakh sedative pills and arrest of another chemist Manu Mahajan on October 7. His arrest lead the police to Ankush Mahajan, another chemist on October 10.

It is suspected that a huge quantity of intoxicants was stashed inside the shop. A number of calls to Vivek Mahajan's family members and relatives for opening the shop for carrying out search proved futile and therefore, the police had to seal his shop. Raids are on to nab Vivek. —  Himanshu Bhagat, SHO Kathunangal police station

The police have till now made seven arrests in the case and further investigations were still on.

The police said it suspected that there were huge quantity of intoxicants stashed inside the shop. A number of calls to Mahajan’s family members and relatives for opening the shop for carrying out search proved futile and therefore, the police had to seal his shop, said Himanshu Bhagat, SHO Kathunangal police station, adding that raids were on to nab Vivek Mahajan.

Those arrested in the case till now include Naveen Gupta, Rohit Kumar, Manish Mahajan, Karamjit Singh, Kirpal Singh, Munna and Ankush Mahajan. Besides Vivek, the police were also conducting raids to nab another accomplice Sunny Tarzen in the case.

The police said the accused used to procure sedatives from Bhopal and Uttarakhand. Recently they had procured medicines worth Rs5.4 lakh, the police officials said. Of this, 1.92 lakh intoxicants were seized by the police.

“Though they used to procure the same on bills, they used to sell these further without any documentation or bills,” said an official privy to the investigation.

According to the police source, the police have also prepared a list of over 24 chemists who were allegedly involved in the illegal sale and purchase of sedatives. Investigations were under progress to ascertain the facts.