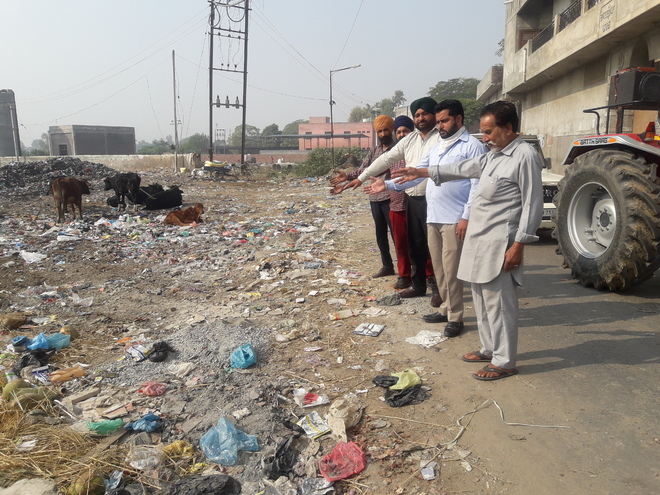 Garbage scattered in the middle of Sachkhand Road in Tarn Taran.

Disgruntled over the indifferent attitude of the district administration for not removing the illegal garbage dump on Sachakhand Road in Tarn Taran, shopkeepers have written a letter to Chief Minister Charanjit Singh Channi in this regard. Darshan Lal, Vijay Kumar, Vijay, Billu and other residents in the letter to the CM said they had been visiting the office of the SDM–cum-Administrator of the Municipal Council, Tarn Taran, Executive Officer, and other higher officials regarding lifting of garbage dump which was not even walled. They said the garbage was seen scattered quite in the middle of the road and the foul smell emanating from the dump had made their life a nightmare. They said the unbearable foul smell was making it tough for take to eat food. The shopkeepers in the letter said a team of officials from some other district be sent to the site to have first had information of their troubles. They said the Kasur Nullah flowing near the road had never been cleaned since decades and it too was adding to their sorrows. The shopkeepers had warned the administration that in case their grievance is not redressed they would be forced to go on agitation path. The shopkeepers said there was park in the memory of Shaheed Udham Singh on the road, which was giving them some relief but that too had been converted into a garbage dump and why it was done so was better known to the officials and the district administration.

Farmer from Bhail at the forefront of protest 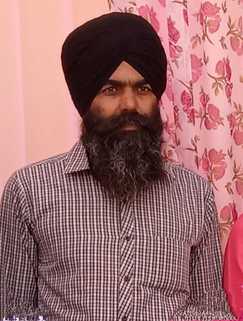 The remarkable contribution of Rachhpal Singh (42) in farmer protest at Delhi borders by was being recognised by all with great respect. Rachhpal Singh, a resident of Bhail village, Tarn Taran, had been at the forefront of the protest at Delhi borders since Day 1. He had not visited his family since. A senior leader of Azad Kisan Sangharash Committee, Punjab, he had left for Delhi after performing ardas before the Almighty seeking blessing for the success of morcha by repealing three contentious laws and other demands. Rachhpal Singh has three sisters and three brothers and lives in a joint family. His mother had died long back. Rachhpal Singh said he daily recites gurbani and had been praying for the success of the Delhi Morcha. Sucha Singh, grandfather of Rachhpal Singh, was the sarpanch of the village during the peak of militancy. The family had great respect in the area. The AAP in a gathering organised in Tarn Taran, especially recognised the contribution of Rachhpal Singh for the Kisan Morcha. The honour was given to Tarlok Singh, father of Rachhpal Singh. Baldev Singh Bhail, a resident of the same Bhail village, who was the leader of Jamhoori Kisan Sabha, said Rachhpal Singh is a man of some rare qualities and possesses great respect for farmers’ interests.

Age is just a number for this 88-year-old

Gurdial Singh (88), a retired headmaster, follows a well-disciplined routine and enjoys a healthy and active life. Retired from Government High School, Manochahal Kalan, as headmaster on June 1, 1991, he chalked out his daily routine from the very next day to keep himself busy. He gets up at 5.30 am and goes to bed at 9:30 pm daily. He walks for 40 to 50 minutes in the morning and goes the Darbar Sahib in Tarn Taran in the evening. After having his breakfast, he reads Punjabi Tribune for an hour which still remains his favourite newspaper since the starting of its publication on August 15, 1978. He takes a simple diet and often go the bazaar on foot. His hails from Vein Poin village in Tarn Taran and his father was a matriculate but as his left eye was affected with chickenpox, he failed to get a government job. He was the second youth in the village to do graduation in the village those days. After doing his B.Sc, he did B.Ed and joined as master cadre teacher in 1957. He said simple living and high thinking along with positive thinking is his mantra to lead a healthy body and mind. He is also active in Citizen Council, a social organisation in Tarn Taran, which organises mass marriages of needy families couples every year.