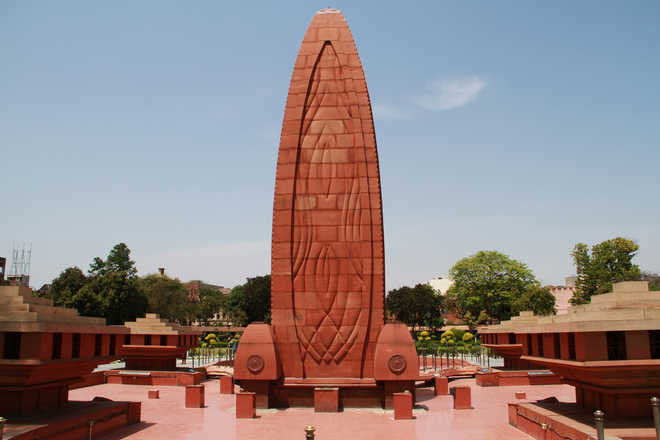 Criticising the flaws in the renovation of Jallianwala Bagh, the Naujawan Bharat Sabha members have announced to hold a morcha in front of the Bagh from September 28 to protest against the alleged tempering with the historic significance of the site and demand to restore its old look.

State chief Rupinder Chounda and state general secretary Manga Azaad said the original historic look of Jallianwala Bagh was being tarnished by the BJP-led government at the Centre and the Congress government in Punjab in the name of renovation.

Addressing a press conference, they said every year millions of people come to pay homage at the memorial to remember the martyrs of Jallianwala Bagh massacre, which took place on April 13, 1919.

But now the historical heritage has turned into a tourist destination.

“There was originally a narrow street to enter the Bagh, but now another exit passage has been created which was contrary to history. Since there was only one way to enter and exit the garden, which was blocked by British troops, people got stuck and fell to the bullets shot indiscriminately and hundreds were killed by jumping into the well,” he said, criticising that the entire history has been changed by the government by opening another path to the garden.

Apart from this, the appearance of the martyr’s well has also been tarnished with a new structure over it.

They said the saffron nationalism of the RSS has been promoted in the new galleries in the garden instead of the national freedom movement. The BJP’s election symbol lotus has also been planted in the pond in front of the Shaheed Memorial under the same agenda, he said.