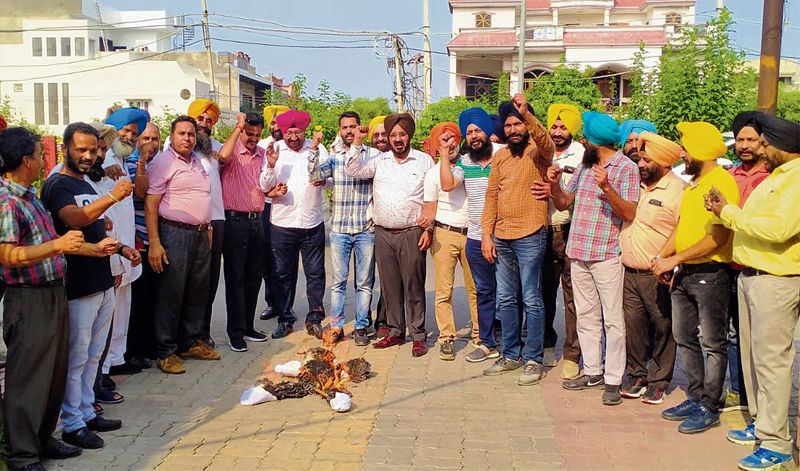 Calling out the Education Department on sidelining formal classroom teaching in preparation for National Achievement Survey (NAS), the Joint Teachers Front (JTF) has called for a statewide protest. The district unit of JTF also lodged protest at the recent visit of Education Secretary to various schools to access the NAS preparations.

Terming NAS as a ‘farce’, District Convener Gurdeep Singh Bajwa, said the normal classroom teaching was being ignored as teachers were being forced to shun teaching work and prepare questions and mock test papers.

“Taking into account the essence of actual education and curriculum, children who have already suffered academically due to suspension of classroom teaching due to pandemic, are now being forced to focus only on the NAS preparations. Although, the syllabus for NAS is from the curriculum followed by various classes, the time being wasted in preparations for just one test is going to impact the pace of normal teaching later,” he said.

He said there was a method to formal teaching, to which most students, especially those from rural belt are used to. “Their assessment process is being limited to multiple choice questions and preparation for the survey, eliminating creativity from the students.”

He also raised several issues, which also said many posts were being abolished by placing the burden of several schools on one principal, teacher and clerk without resolving the issues of transfers, pending promotions and victimisations. The corporate model of education is being set up by closing all small scale schools, including middle and high under the name of merger,” he said.