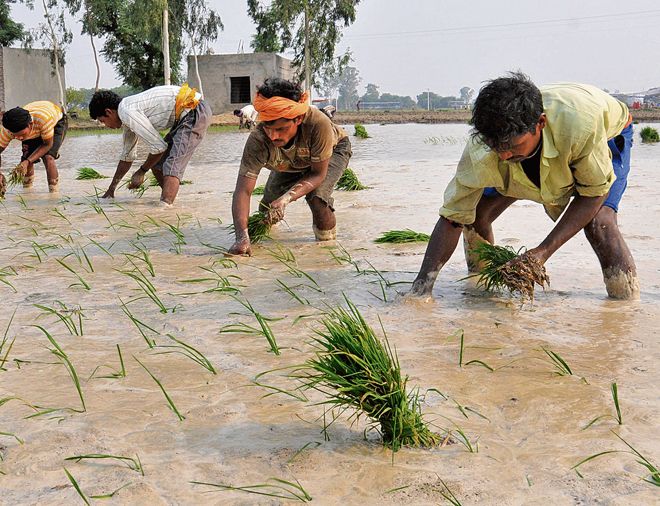 The travel restrictions have been a pain in the neck for growers.

However, with restrictions on movement of workers from other states the farmers fear that the workers from UP and Bihar who mostly arrive during the season would not be able to come. In the paddy transplantation season last year too, the farmers had faced the shortage of labour due to the lockdown conditions induced by the pandemic. Previous year, the per acre transplantation cost had shot up to as high as Rs5,000. “The shortage of workers would be more this year as most of seasonal workers had left for their native places. With the ongoing uncertainty, these workers have no plans to return,” said Kewal Singh, a farmer. He added that farmers are worried.

This is a labour intensive work. The farmers usually prefer migrant workers for the task as they are more adept than the local labour. Though the Agriculture Department had introduced paddy transplantation machines earlier, these have still not become popular with the local farmers.

“The nursery for machines has to be grown in a different manner than for the manual transplantation. Moreover, the farmers with small land holdings cannot afford to buy these machines,” said another farmer Jaspreet Singh, adding that last year the machine operators too had charged around Rs5,000 per acre. He shared that as the farmers have to pay high per acre cost to paddy transplantation machine operators, they have no incentives to shift to the new technology.