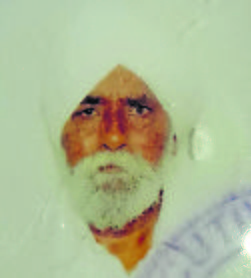 A worker of the Kisan Mazdoor Sangharsh Committee, Punjab, who experienced chest pain on his way home after taking part in the Delhi protest for two weeks, died during treatment at a Amritsar hospital here on Saturday. The deceased, identified as Barkat (80) (see pic) of Bhojian village, was a farm labourer. He along with his associates left his village on March 20 to take part in the protest. He was returning home on April 7 when he experienced chest pain near Karnal (Haryana). He was admitted to the Civil Hospital from where doctors referred him to GNDH, Amritsar. He died in the hospital. The body was kept at the local mortuary where the postmortem will be conducted on Monday. Mohinder Singh, leader of the Kisan Mazdoor Sangharsh Committee, has demanded compensation for the victim’s family. — OC