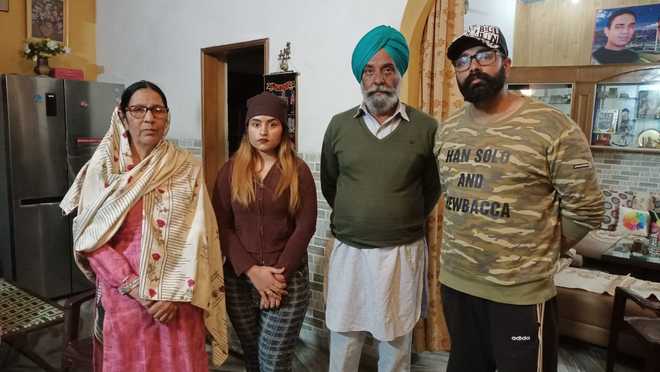 Lakha Sidhana, one of the most dreaded gangsters in Punjab at one time who was also an accused in the Republic Day violence at the Red Fort following farmers’ rally, was booked by the local police in connection with a firing incident in Tarn Taran on Tuesday.

Sidhana was, however, seen live on social media on Wednesday, where he claimed himself to be innocent and said he had nothing to do with the firing incident in Tarn Taran and was involved falsely by the Tarn Taran police to defame him.

DSP Barjinder Singh said the case was registered on the complaint of Kanwalranbir Singh Bath, a known artist of the local Master Colony, who said he edited a song ‘Sun Tatta Tatta’, which was sung by model and singer Soni Mann and he also pasted the photo of Lakha Sidhana in the song.

Kanwalranbir said Lakha and another accused Jagdeep Singh had some objections to the song and warned him to remove the song from social media else be ready to face the consequences.

The DSP said the accused first trespassed the house of Kanwalranbir and then fired at the house. All family members had a narrow escape.

The city police had booked 20 persons in the case of which four had been identified and the antecedents of the rest were yet to be known.

Besides Lakha Sidhana, Jagdeep Randhawa, Karan Pathak of Dhotian and Tejpartap Singh Jodhpur have been identified. None of the accused has been arrested the DSP said.

The DSP said the police conducted raids at the residence of Lakha Sidhana in Bathinda to arrest him but he was said to be at Singhu border in Delhi.