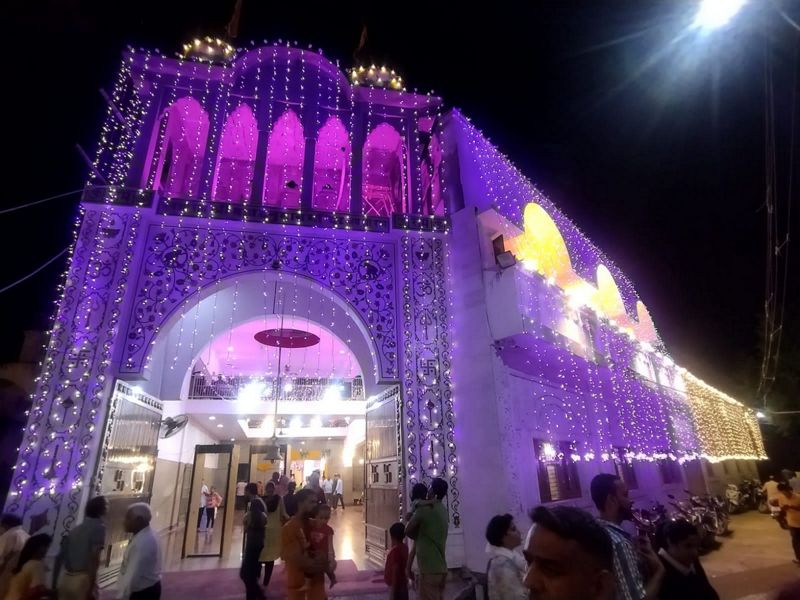 All arrangements are in place for the Langoor Mela held during the Navratra, which commences from tomorrow.

Lakshmi Kanta Chawla, president of Durgiana Committee, said over 200 volunteers will manage the devotees to the temple. She said about 5,000 children are expected to visit the mela this time.

As per the tradition, holding staff children dressed in sparkling bright silver colour dress interspersed with red vertical lines and a conical cap visits the historic Bada Hanuman Temple once in a day during the Navratras. According to the temple priests, the tradition of Langoor mela began with a belief that those couples, who wish to have a boy, come to Bada Hanuman temple and pray. The ones whose wish get fulfilled then bring their children dressed as langoors to thank Lord Hanuman. Bada Hanuman temple is among the only three temples in the country where the idols of the Lord are in resting state. The other two temples are in Prayagraj and Hanuman Garhi.

Legend has it that the temple was built at a place where Luv and Kush, sons of Lord Rama, had tied Lord Hanuman to the banyan tree, when he came to take them back to Ayodhya.

Children, who dress up as langoors and their parents, have to follow a strict regime by following all rules that sworn celibates or Brahmcharis do during the Navratra period. They have to remain bare feet, sleep on the floor, consume satvik food, shun finery and paying obeisance at the temple every day.