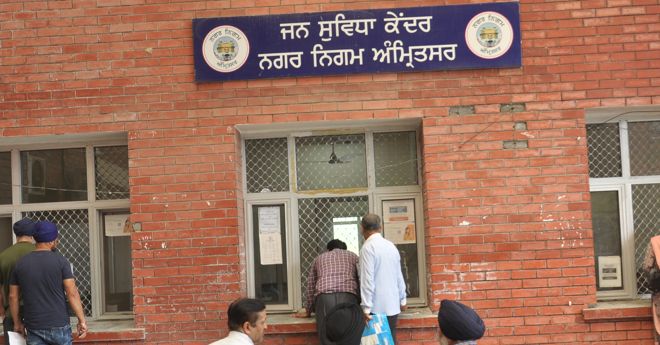 With the last day of depositing property tax with 10 per cent rebate, the Municipal Corporation (MC) has collected a total of Rs 24.80 lakh so far. MC officials had set a target to collect Rs 25 crore till September 30 but due to technical snag in a software, they failed to achieve it.

“The servers of the Punjab Municipal Infrastructure Development Company (PMIDC) have not been working properly during the last few days which affected the collection of property tax in the city. If the server worked well, then we would have collected over Rs 25 crore. We have to issue a computer generated receipt to the tax payer by depositing the tax online. We had written to the PMIDC to fix it but to no avail,” said an officer of the property tax wing.

This year, property tax wing officials had started the process early and visited the field. The officials of the MC, especially Joint Commissioner Hardeep Singh, regularly followed up the recovery teams.

Nodal Officer Daljit Singh said: “All teams worked hard and achieved the midterm target. Some tax payers faced inconvenience due to technical snag. The residents also paid the tax through online portal. Now, the offer of 10 per cent rebate has ended. We have issued notices to 125 property owners for scrutiny of their tax. Apart from this, we have served sealing notices to defaulters. Now we will start sealing drive.”