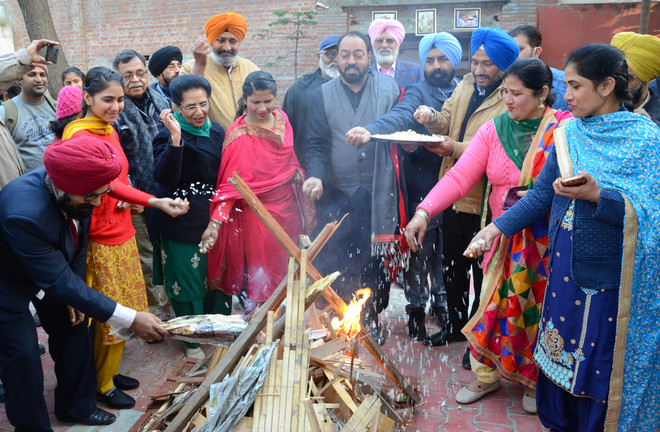 Promising a new beginning for theatre and cultural activities in the city, theatre thespian Kewal Dhaliwal and several other prominent theatre as well as folk artistes celebrated Lohri at Virsa Vihar here on Tuesday. The event also marked the reopening of Virsa Vihar for live performances and audiences after a gap of 10 months.

“On the occasion, a bonfire is a sacred promise of new beginnings, change in season and fortune for many. We hope that the new beginning of cultural activities in the city will be much more enthusiastic than before. The city is a hub of cultural landscape of Punjab and even the country and artistes and audience were waiting to resume folk as well as theatre activity,” said Dhaliwal.

He said the resumption of live plays would be done keeping in mind the Covid-19 guidelines. “We have maintained social distancing norms while seating arrangements inside the auditorium and the premises are being sanitised daily. The artistes too have been informed about the new normal. We will be hosting a theatre festival soon to start activities for the year,” he said. Senior artistes from the city, including Gurinder Makana and Harinder Sohal, were present at the event. Performing boliyan and traditional folk songs of Lohri, the artistes dedicated their performances to the ongoing farmers’ movement as well.