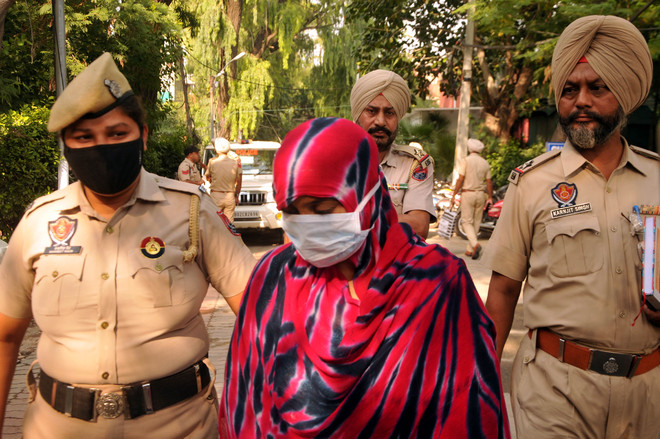 The city police have nabbed a woman from Ludhiana for her involvement in a robbery incident at Green Avenue locality where two persons looted an elderly woman and her caretaker last Friday.

The city police have nabbed a woman from Ludhiana for her involvement in a robbery incident at Green Avenue locality where two persons looted an elderly woman and her caretaker last Friday.

DCP (Detective) Mukhwinder Singh Bhullar stated that the victim, a house owner in Green Avenue, had hired Jaswinder Kaur for Rs19,000 per month for taking care of the elderly woman, Prabha Tandon, through a Zirakpur-based firm. Jaswinder left the job on October 3.

During police investigation, Jaswinder Kaur confessed that she was under a heavy debt. After leaving the job, she planned the robbery with the help of her son-in-law Jaspreet Singh and his brother Amandeep Singh, alias Ashu.

The DCP said the trio came from Ludhiana, two on a bike and one on bus. After committing the robbery, they changed the clothes and returned. The police analyzed the CCTV footage of all the routes and got clues about the accused.

“Jaspreet, Amandeep and Arashdeep are still absconding. Separate teams have been constituted to raid their probable hideouts. They will be nabbed soon,” said Bhullar.