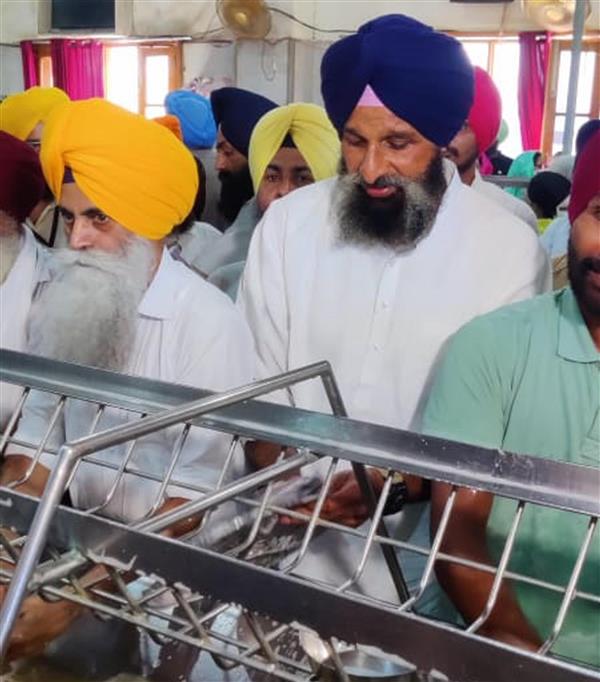 Former minister Bikram Singh Majithia along with his wife Ganieve Kaur Majithia paid obeisance at the Golden Temple on Wednesday.

Accompanied by a large number of Akali workers, Majithia couple performed ‘thanksgiving’ ardas at the shrine and also paid obeisance at the Akal Takht. After this, they sat there to savour the Shabad Kirtan for some time.

He said he had come to the Golden Temple to perform “shukrana ardas” and seek blessings of the Almighty. “I am thankful to each and every person who prayed for me and it was due to their wishes that I got relief. The rousing welcome that I had received was overwhelming,” he said. He also showed gratitude towards the people of Majitha and East constituency, where he had unsuccessfully contested against Navjot Singh Sidhu and AAP’s Jeevan Jyot Kaur.