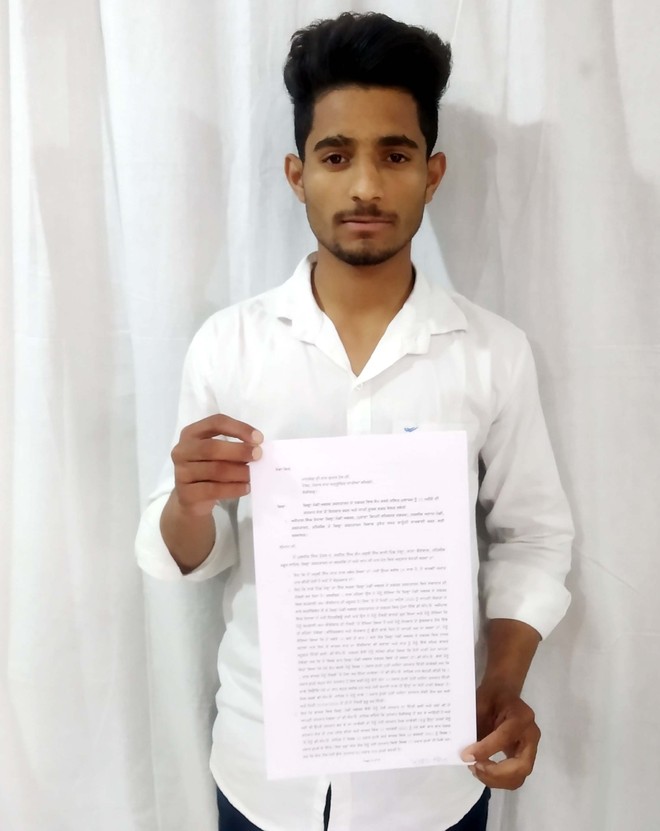 Despite working day and night in the office of District Mandi Officer (DMO), Prabhjit Singh of Mallha village has not received salary for the last one year. He used to work as sewadar in the day time and as chowkidar at night.

He had written to Chief Minister Capt Amarinder Singh and the Deputy Commissioner,Tarn Taran, demanding the release of his salary.

Prabhjit Singh on Tuesday said that he was appointed by the DMO on a monthly salary of Rs 5,000 a year back at peak of the Covid.

Prabhjit said he had received only Rs10,000 till date and the official was not ready to release his balance salary. “ Whenever I demand the balance amount he threatens to terminate my services,” he said.

DMO Ajaypal Singh Randhawa when contacted said that Prabhjit Singh was just allowed to work in the office with no official orders as he used to come with another lady employee of the office. He added that as he was not the competent authority to recruit any employee, so, he used to give him part of the salary collected from the staff of the office. He said Prabhjit Singh had lodged complaints against him as he was helpless to do anything now.

Being a member of Scheduled Caste community, he had also written to the state SC Commission.

Prabhjit Singh had sought assistance from the social organisations to get justice.